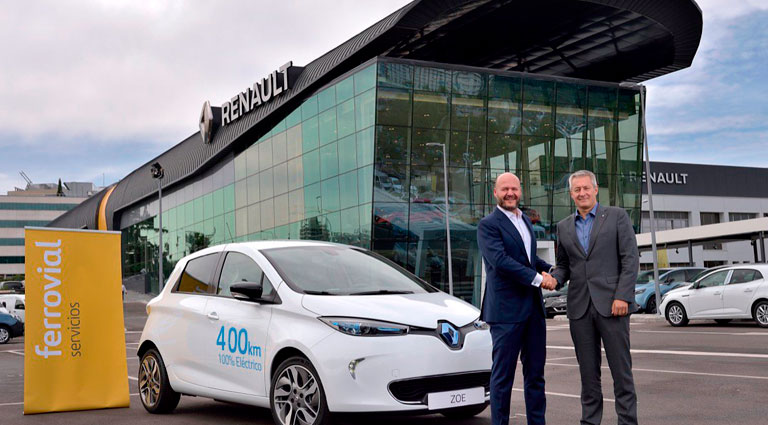 Zity, Ferrovial and Renault, will be the third operator of electric car sharing in Madrid

Ziti. This will be called the third car-sharing operator of electric vehicles in the capital of Madrid. This operator arises from the alliance between the services subsidiary of Ferrovial and Renault España.

The project, which will start in October, will be confined to the central almond of the M-30, one of the main arteries that surrounds the capital. In this first phase will add some punctual zones beyond this belt with high demand. Emov, one of his rivals, already arrives until Sanchinarro or until Arturo Soria.

The fleet will be composed of 500 electric cars of the model Zoe Z.E 40 of the French company. This vehicle, with five seats, has an autonomy of approximately 400 kilometers.

This new offer adds to that of the two companies that already have 100% electric car rental services in Madrid: Car2go (of the Daimler-Mercedes Benz group), which has 500 cars in its fleet, and Emov, with 550 .

Zity plans to be operational in October and will release its rates soon. Car2go costs 21 cents a minute, while Emov raises to 24 cents. The Car2go are Smart fortwo two-seater, while the Emov are Citroën C-Zero four-seater. The Renault Zoe is more modern and broad than the French model.

Other manufacturers like BMW are seriously considering joining the market. In the case of the German stamp, would have in its model i3 (whose renovation will be presented at the Frankfurt Motor Show) one of its strongest candidates. While i3 is a much more expensive vehicle than its rivals. Car2go has more than 150,000 users while Emov exceeds 100,000. It is not yet known what the saturation threshold of the market will be, although from Renault they intend to make “street effect” to extend the use of the electric vehicle.

Mobility solutions that respect the environment are highly valued in large cities, both by the inhabitants and by official bodies. In fact, the municipality of Madrid has already announced that, as of January 1, 2018, all new vehicles that join the taxi service will have to be from the labels Zero Emissions or ECO of the DGT. That is, the Madrid taxi, say goodbye to the diesel definitively.