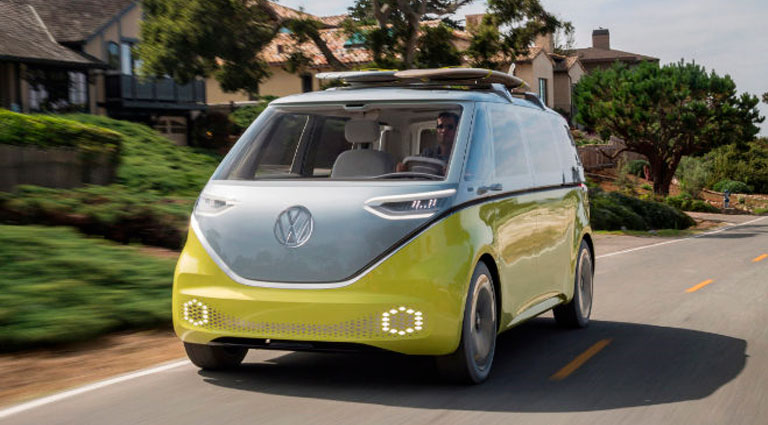 Its production is planned for the year 2022

See photovideogallery of the I.D. Buzz

Earlier this year, the Detroit Motor Show witnessed the introduction of the VW I.D. Buzz Concept, a prototype based on the mythical Transporter of the German house, with two electric motors that provide an electric range of 600 kilometers.

In his presentation it was almost clear that VW would make this concept a reality. Now, on the occasion of the eventPebble Beach, the Wolfsburg firm has definitely confirmed the decision to put into production this ‘T1’ electric. That yes, until 2022 would not reach the dealers.

“After the presentations at the motor showrooms in Detroit and Geneva, we received a large number of letters and emails from customers who said,” Please build this car, “explained Volkswagen CEO Herbert Diess at Pebble Beach

Like the prototype, the production model will have the batteries on the floor of the vehicle. Thanks to the long wheelbase (3.30 m), the I.D Buzz is characterized by offering a large space for its occupants, either to be used by up to eight passengers or to load goods. As already happened with the T2, there will be a version only to transport for passengers and another for the transport of merchandise.

The power of I.D. Buzz is rated at 374 horses with a fast 80% load in just half an hour. In addition, will have technological advances as the systemI.D. Pilot Mode that is based on autonomous driving (level 3), that allows to circulate by itself in controlled zones through the information received by the sensors, radars and cameras that integrates. After this mode is activated, the steering wheel is hidden and the front seats rotate.

In this way, Volkswagen takes another step towards one of its main objectives: to have 30 fully electric cars in 2025.