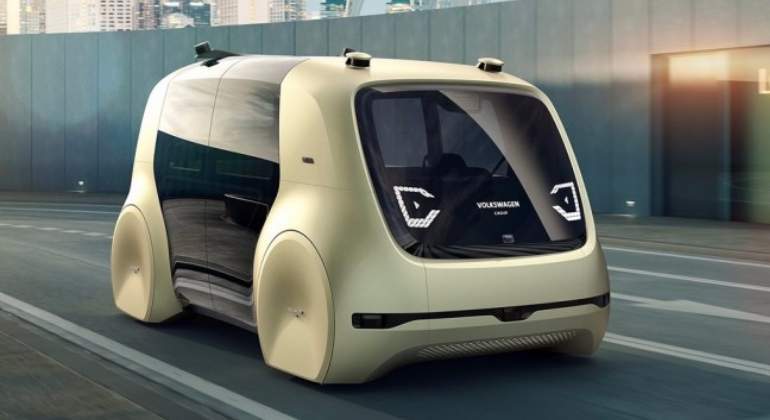 Volkswagen will launch its first autonomous ‘taxis’ in 2021

Volkswagen Sedric.
In the framework of the Frankfurt Motor Show, the Volkswagen Group has offered new keys to the upcoming revolution in terms of mobility, the most noteworthy being its intention to launch the first cars with level 5 SAE autonomy in 2021.

Through an update of Sedric, the robotic vehicle that was unveiled in the past Geneva Motor Show and promising to end the figure of the driver, the German manufacturer is committed to an emission-free urban mobility and based on the concept of the car shared (carsharing).
Under the name ‘Sedric’ (SElf DRiving Car) hides its other major pillar – autonomous car – which is ‘synonymous with the individual mobility of the future’, in the words of Johann Jungwirth, head of digital strategy of the company . “The start of robotic cars will be seen in the cities since 2021. There will be an exponential growth that will be well received in a large number of regions,” explained the executive.

But how will it mutate mobility? Sedric was born “for and for people”, as described by Volkswagen. Therefore, the idea is to be able to have a vehicle at any time of the day, but renouncing the ingrained concept of private property. That is to say, it fuses the concept of ‘carsharing’ and ‘self driving’ to lead to a robotized taxi service that will be available to the user by simply pressing the ‘Volkswagen OneButton’ or the relevant mobility app, resulting in a service door to door passenger transport.

This technology will not only be implemented in urban cars, but will be extended to all types of vehicles, including vans and delivery trucks. In this way, Gett, one of Uber’s rivals in which Volkswagen invested 270 million euros last year, will be based on cars with few seats like Sedric (2 + 2); while Moia, the company’s own ‘carsharing’ platform, will focus more on providing an alternative to buses with larger vehicles, according to Automotive News Europe.

However, changes in the legislation in force in different countries should be undertaken before this type of transport is allowed, a setback Jungwirth was optimistic about: “We expect the US Senate to approve the legislation by the middle of next year “, he claimed. “Once it does, Dubai, Singapore and China will follow suit.”

At the moment, the Volkswagen Group continues to explore through its various subsidiaries a field in which progress is constantly being made. Without going any further, at the Frankfurt Motor Show, Audi unveiled Aicon, a prototype that relies on artificial intelligence to drive without human intervention. But beyond the Volkswagen universe there is also life: Ford, for example, announced that it will also offer a car without pedals or steering wheels in 2021. BMW and Volvo are other brands that have anticipated the introduction of level 5 autonomy in just four years.