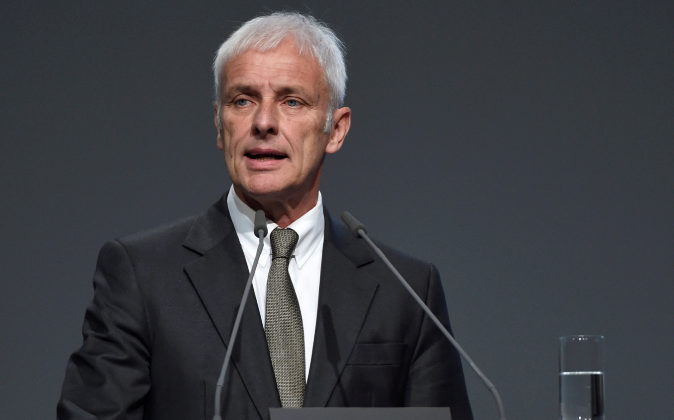 The group will also invest 9 billion in alternative traction technologies.

The German automaker Volkswagen, hit by the diesel crisis, announced today that it will invest 9 billion euros in the next five years in alternative traction technologies and 10 billion euros in modern combustion engines until 2022.

Volkswagen group chairman Matthias Müller told the general meeting in Hannover that Volkswagen is pushing for a change in mobility with full force.

“The future leads electric. Until 2025 we want to be world leaders in electric mobility,” Müller said.

“To make sustainable and affordable mobility possible for many, we will record the entire spectrum: from the conventional to the 100 percent electric,” Müller emphasized.

The German consortium, which has 12 brands, wants to give clear signals in favor of the development of electric mobility.

The Volkswagen group has invested in the last five years about 3,000 million euros in alternative traction technologies.

This amount is going to triple in the next five years, according to its president.

Müller told some 3,000 shareholders that “classic engines are unachievable over a predictable period of time” and that is why Volkswagen will continue to develop diesel and gasoline engines (Otto) to consume less and be more environmentally friendly.

The Volkswagen Group is currently negotiating partnerships for electric batteries in Europe and China and, according to Müller, will report more on this soon.

Until 2022 the Volkswagen group is going to invest about 10.000 million euros in these technologies

“Because the combustion engine is not part of the problem, but part of the solution,” according to the Volkswagen president, who believes that diesel offers great opportunities 124 years after its discovery.

The Volkswagen group wants to achieve by 2020 that the combustion engines are between 10% and 15% more efficient and cleaner.

Volkswagen will also develop other areas such as autonomous driving.

The company recently introduced at the Geneva Motor Show the first car that drives only Sedric (Self-Driving-Car), making it the first manufacturer to offer a concrete perspective of a completely autonomous vehicles.

Müller emphasized the need for Volkswagen to be transformed because the automotive industry is going to change over the next ten years more profoundly than it has in the last hundred years.