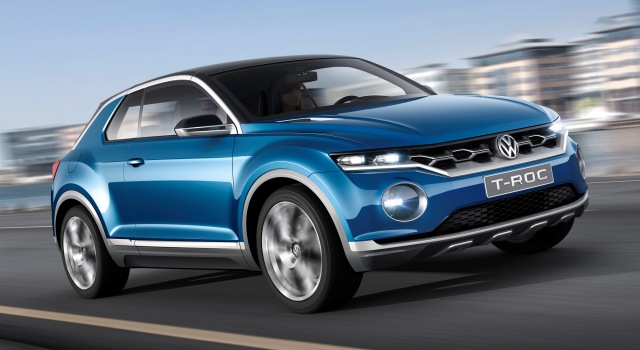 Volkswagen T-Roc: the SUV based on the Golf that will arrive at the end of the year

Volkswagen will launch at the end of this year the T-Roc, a model based on the VW Golf whose concept was unveiled at the Geneva Motor Show in 2014 and will finally see the light in summer. Its launch is expected by the end of 2017 in Europe, while in the American market will erupt in 2019, according to Automotive News.

Based on the emblematic Volkswagen Golf and below the Tiguan in terms of size, the T-Roc will reach dealers with a single purpose: to reinforce the brand image in the most successful segment today, The compact SUVs.

In this way you will battle cars like the Nissan Juke, Renault Captur, Peugeot 2008 or the Audi Q2. Precisely with this last one will share the platform MQB that also assembles the Seat Ateca, reason why its dimensions, although they are not confirmed, seems that they will move around the 4.2 meters of length and 1.8 meters of width.

In the mechanical section there are no official data, but from AutoExpress indicate that several mechanical offers will be offered both diesel and gasoline, among which is the new 1.5 TSI EVO engine. The presentation of the 2014 concept also included a diesel engine of 184 hp. It can also be chosen with the manual gearbox six relations or automatic DSG of seven that leaves its consumption below five liters to the hundred (4.9 l / 100 km).