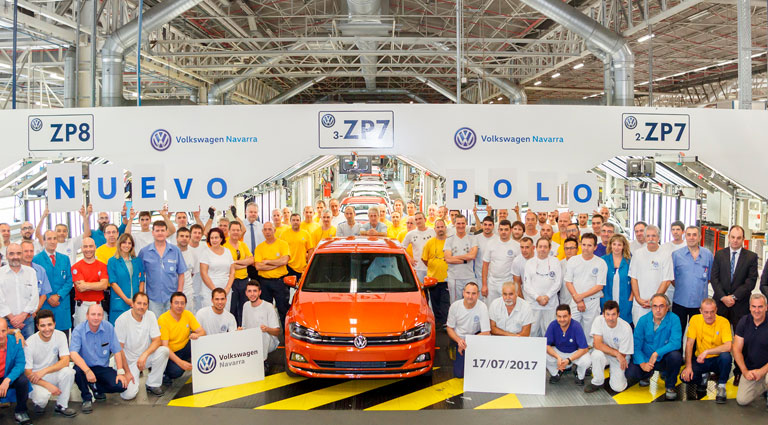 Today the first Volkswagen Polo of the sixth generation has come out. Its color is Orange Electric and executives in Pamplona expect to reach 1,400 cars a day in November.

Six generations of Polo saloons go. The first one left Hannover in March 1975, 42 years ago. Today comes out of the factories of the German brand in Navarre, the sixth generation of the Volkswagen Polo. The model was presented in public this June in Berlin (Germany) to 400 journalists.

The first car produced in this new stage has been an Energy Orange Polo. In terms of its interior, it has a 1.0 TSI 95-horse engine, five-speed manual transmission and Comfortline equipment.

Volkswagen Navarra has planned to reach in November a production capacity of 1,400 cars per day of the model. “We have to focus our efforts on learning and assuring new processes as quickly as possible, to reach the same level of knowledge and perfection that we had at the end of the previous model,” said Miguel Ángel Grijalba, Production Director of Volkswagen Navarra.