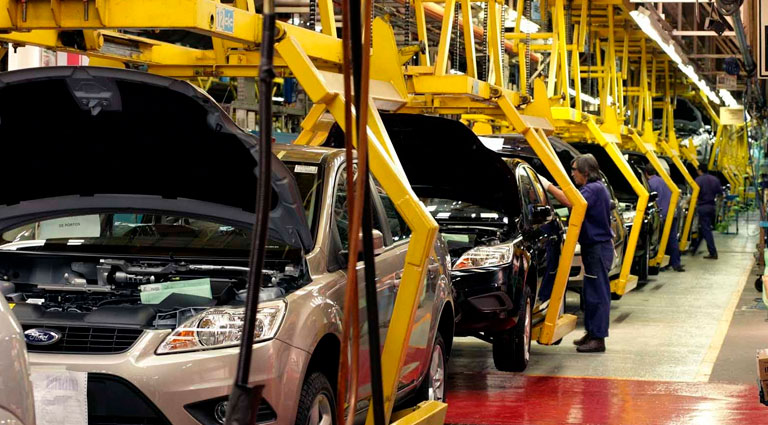 US goes for more ‘American’ cars

US Commerce Secretary Wilbur Ross looks for the norm of home-grown content in North America to rise from 62.5 percent to more than 70 percent, according to the leader of Canada’s largest private trade union.

Currently the rule requires that armed cars in North America have at least 62.5 percent of materials in the area. (Bloomberg)

US Commerce Secretary Wilbur Ross wants US content in cars built in the United States, Canada and Mexico to be over 70 percent after the renegotiation of the North American Free Trade Agreement (NAFTA), said the chief of the largest private sector union in Canada.

Jerry Dias, Unifor’s national president, said at a recent meeting with Ross he suggested that the content level rise to 70 percent from the current 62.5 percent and that the US Commerce Secretary suggested a level “more aggressive”.

Ross has long advocated strengthening rules of origin for the automotive industry as a way to recover production from the industry from Asia and other non-NAFTA countries.

In the first half of 2017, US reported a trade deficit with Mexico of USD 36.287 billion. In the automotive sector, it totaled 40.816 million dollars.

However, US negotiators may not reveal specific rules of origin objectives until later rounds, according to lobbyists.

Given the proposal to raise rules of origin in manufacturing, more than 12,000 products should be analyzed individually, said Francisco de Rosenzweig, specialist partner in foreign trade at White & Case.

In a media interview, the business consultant in the renegotiation of NAFTA said that it will be a process that will take a long time, because it must be clear the economic impact of modifying a rule of this type in each product.

“At the moment, there is no proposal that will generate disruption, they are conceptual meetings, the secretaries will have a first definition,” he said.

Mexican cars in the world

Mexican exports rank first in the US auto market.
Mexico is eighth in the world production of automobiles.
The US content of the cars that Mexico exported to that country is 40 percent.

It is not a simple thing: Maquiladoras

Before the versions that the United States would seek to raise the rule of origin in the automotive sector, the president of the National Council of the Maquiladora and Export Manufacturing Industry (Index), Federico Serrano, said that it is a matter to which he is owed pay close attention

“Definitely that has to be analyzed, automatically affecting the rules of origin is not a simple thing,” he said.

He added that when talking about regional content has to be of the three countries and not one, due to the interdependence that has been generated in the bloc. “We have to bet on the regional content of the three countries, Mexico, the United States and Canada. It should not be forgotten that there are three very important actors. We know very well the commercial and economic interdependence that exists, “said the entrepreneur.