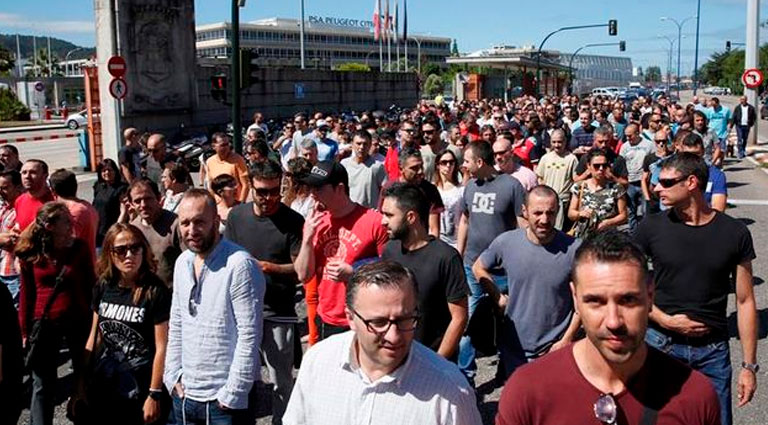 The CIG, CUT and CCOO unions are holding the strike call at PSA Vigo for tomorrow, which will register this midday in the territorial delegation of the Xunta, despite the fact that the company will hire 50 workers this month in the face of the increase in cadence in the Production line 1.

Union sources have confirmed to Efe that the management advanced yesterday in the commission of work these 50 incorporations that, in any case, do not satisfy the demands of CIG, CUT and CCOO of creation of thirty assembly positions to relieve the work loads Current, “disproportionate” from their point of view.

A spokesman for the PSA Vigo factory told Efe that after a test period “difficulties” had been detected and “corrective measures” had been taken, such as the hiring of casual workers, specifically 145 in workshops in the last three months.

Santiago García (CCOO) has pointed out that these hirings do not influence the distribution of labor because they supply other casualties or personnel of low, but do not generate new assembly positions, which does not satisfy their demands and those of the other unions that this Noon will record the call for strike for tomorrow.

The company Adecco informs, for its part, of the opening of the period of selection of production operators to join the factory of Balaídos.

This ETT seeks professionals with experience in industrial production positions, preferably in the automotive sector, “with a sense of responsibility and constancy, compliance with the norms and orientation to safety, as well as motivation and positive attitude towards the work”.