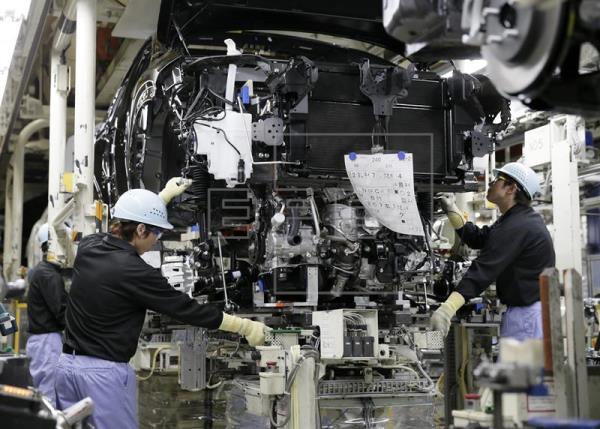 The country’s first vehicle manufacturer produces about 200,000 vehicles a year at the Inabe plant.

Japanese car maker Toyota Motor has stopped production at one of its plants in central Japan due to a fire, a company spokeswoman confirmed Tuesday. The fire originated Monday night at the Toyota Auto Body plant in the town of Inabe (Mie prefecture, center), where the flames have burned much of one of its four floors.

One of the firefighters who took part in the fire extinguishing work was moved to a hospital because of poor eyesight, with no more injuries sustained in the incident, Toyota said in a statement.

The country’s first vehicle manufacturer produces about 200,000 vehicles a year at the Inabe plant, according to figures collected by local public broadcaster NHK, which are marketed domestically and in several Asian countries.

The company explained that it is difficult to move the production of the models that are manufactured there to other installations because their assembly requires specific processes for those that are not upgraded.

Toyota is evaluating the extent of the damage and has yet to announce when it will resume production.