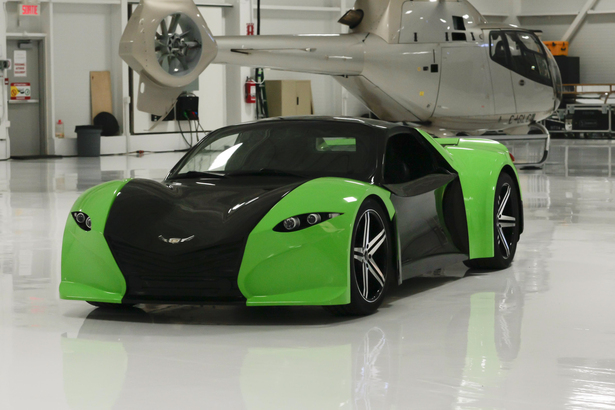 Tomahawk: an electric at the speed of light

Dubuc Tomahawk has already been shown in several events, but its creators want to be produced in series

A prototype of 811 horses that promises acceleration from 0 to 100 km / h in just over two seconds.

The present is electric. Not the near future or medium term. He now. That is why every day that passes more manufacturers join a vertiginous race for the figures of benefits that are handled. The last to put the number is Dubuc Motors, a Canadian company that has presented the Tomahawk, a sport that could reach the market in 2018.

Luxury and speed are intermingled in this proposal. A binomial repeated in most of these prototypes, in principle, out of the public reach of the earth. But the intention of the creators of the Tomahawk is that it can become a mass production vehicle. Hence, they look for entrepreneurs through their website.

The Tomahawk is a four-seater vehicle (with a 2 + 2 configuration), with carbon fiber body, whose peculiarity is its scissor doors. The most amazing are the benefits that promises, 0 to 100 km / h in just over 2 seconds. It would even lower the figure of the most beastly model of Tesla, Model S P100 D. This one, in mode Ludicrous, leaves this record in 2.5 seconds. This is possible thanks to its four engines that provide independent acceleration to each wheel. Altogether they have 811 horses and 1,356 Nm of torque.

The wild acceleration would be achieved thanks to a package of lithium-ion batteries with capacity for 100 kWh and a range of 600 kilometers. Beyond sports skills, the Tomahawk has a ‘Street’ mode to be a day-to-day vehicle.

As it could not be otherwise, these vehicles have an important technological commitment. The highlight of the Tomahawk is its system with 360º vision.