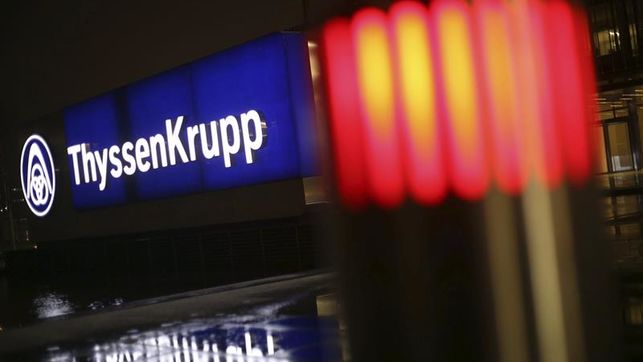 ThyssenKrupp loses 871 million euros in its first fiscal half

ThyssenKrupp loses 871 million euros in its first fiscal half

The German industrial and technological group ThyssenKrupp had a net attributable loss of € 871 million in the first six months of the year (October 2016 / March 2017), compared to € 37 million a year earlier, following the sale of CSA.

ThyssenKrupp reported today that the sale of CSA Siderúrgica do Atlántico (CSA), the steelmaker in Brazil, to Ternium had a negative effect on the accounting books for amortization of 900 million euros in the second quarter of its current year, which Started in October.

ThyssenKrupp expects to close the transaction by the end of September 2017.
Without accounting for the result of the steel division in America Steel Americas, ThyssenKrupp had a net attributable profit of 42 million euros, 70% less than a year earlier.

ThyssenKrupp’s turnover rose 9% in the first half to 21,084 million euros.

The auto parts and heavy truck parts areas in Western Europe and China were developed positively, and turnover rose in the area of ​​elevators in the USA, China and South Korea.

ThyssenKrupp had an operating loss of 324 million euros, compared to a profit of 474 million euros a year earlier, which gives a profit margin of -1.5%.

It had positive effects on the result of the recovery of the prices of some raw materials, but will be reflected in the balance sheet as of the second quarter and in the European steel division will be neutralized by the increase in coal prices.

“The commodity market and thus the material business is subject to strong fluctuations over which we have no influence,” said ThyssenKrupp president Heinrich Hiesinger.
Therefore, he added, ThyssenKrupp focuses on expanding the business of industrial goods and services.