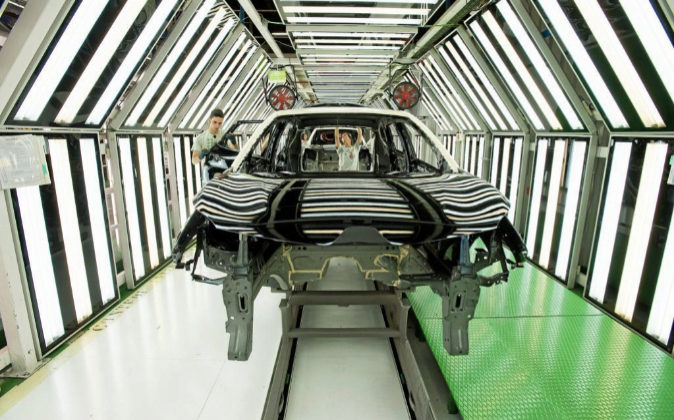 This figure puts them 22 points above the average of other sectors, according to the “Prospective Study of the automotive sector”.

75% of automobile companies believe that their sector will continue to generate employment in 2017, which puts them 22 points above the average of the rest of the sectors, according to the ‘Automotive sector prospective study’ by Randstad and the Cluster of Automoción de Aragón and presented this Tuesday in Zaragoza.

However, only 44% of these companies say they plan to increase their workforce during this year, while 15% say they will not hire new workers.

Likewise, the study identifies that 46% of participants expect salary increases in their companies, compared to 41% who expect increases in employee satisfaction.

Regarding the sector’s challenges, 62% identified the talent deficit as a problem that significantly affects their companies at present, seven percentage points more than the average of all sectors of the Spanish economy. For this year, 58% of respondents predict that this problem will worsen.

On the other hand, 51% of auto companies consider that the talent deficit affects their sector more seriously than the rest of the Spanish economy in general. Moreover, this problem is identified by 46% of the experts as an element present in both qualified profiles and those of lower level of specialization.

Regarding the situation of the automotive sector, the report points to a positive trend of recovery driven by the increase in sales in Spain, linked to the recovery of the Spanish economy (46%), which “has reactivated domestic consumption”; And to internationalization (44%), since “the Eurozone is recovering consumption levels prior to the economic crisis”.

56% of the companies surveyed believe that the automotive sector “still has growth potential,” while eight out of ten consider that the competition “is more intense now than it was a year ago.” However, the impact on competition in the sector derived from the arrival of disruptive competitors is a concern of a smaller proportion of companies in the automotive sector (46% compared to 50% of all economic sectors ).