This is the Rolls-Royce Sweptail: exclusivity squared

A unique two-door coupé, created according to the tastes of your buyer 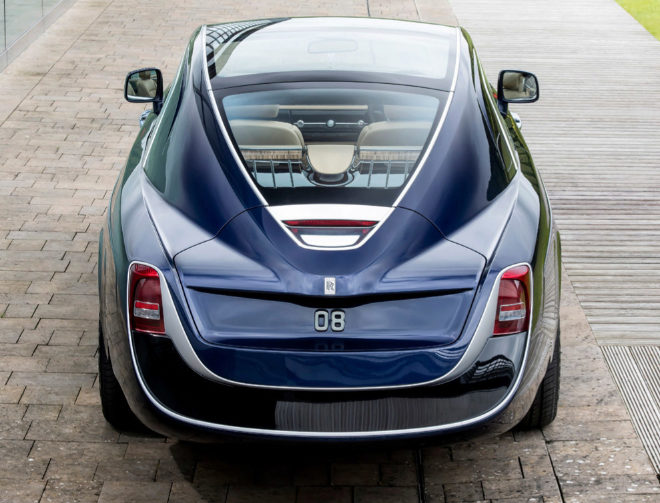 With ‘maritime’ personality: imitates the stern of a boat in its design

Rolls-Royce has realized the dream of one of its customers (one of the best, we dare to assert) with the creation of the Sweptail, a two-door coupé developed according to the tastes and original idea of ​​the buyer.

It is a unique piece that combines the aesthetic tradition of Rolls-Royce with nautical, apparently another of the hobbies of its ‘ideologist’. The Sweptail, in fact, presents a front that immediately identifies with the current range of the British brand, with a very special grill since it is the largest mounted on a Rolls and is made with hand-polished aluminum with mirror effect.

However, the personality of the Sweptail rests in the rear, which moves the concept of a ship’s stern to a car, both in exterior shapes and in the conception of that area in the interior, as if the two later places were replaced By a cover. All this is surrounded by the light that engulfs the passenger compartment thanks to a complex panoramic glass roof.

This nautical inspiration is also reflected in the design of the dashboard, which is more akin to the bridge of a boat than to an interior to use. In fact, Rolls-Royce itself recognizes that it is the simplest it has ever built. It just has a control knob and an elegant analog clock with the titanium hands, among other delicacies.

The materials used, as expected, are of the highest quality. Paldao wood and ebony are combined in the dashboard, while leather is the choice for upholstery. As a sign of identity, the Rolls-Royce Sweptail has integrated briefcases on the doors and a compartment for champagne and glasses, surely to toast to enjoy the taste of something unique.