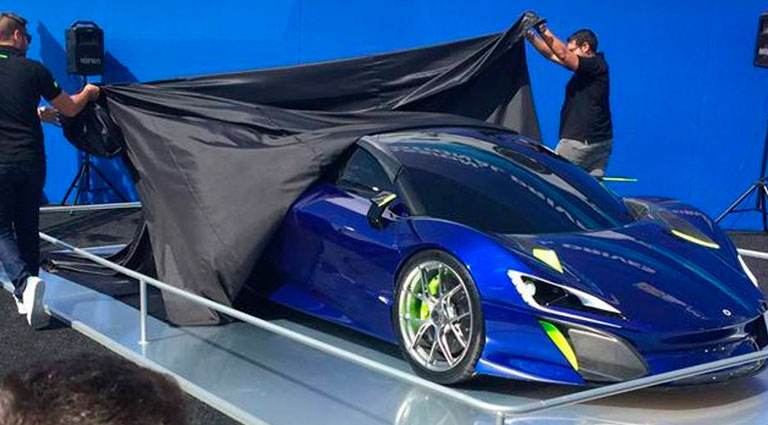 Presented at Le Mans, the Boreas offers 1,000 hp and an electric range of 100 km
The Boreas has debuted on the French circuit Sarthe, within the framework of the 24 hours of Le Mans (DSD Design & Motorsport)

In the context of the legendary 24 Hours of Le Mans, held this weekend, a car has caught the eye of all eyes without participating in the legendary test of resistance. This is the Boreas, a hybrid supercar designed and produced entirely in Spain. Specifically, in the Alicante town of Santa Pola.

DSD Design & Motorsport has created this exclusive jewel on wheels, capable of developing an impressive horsepower of 1,000 horses, allowing it to compete with well-known hypercars such as the Ferrari LaFerrari (963 hp), the McLaren P1 (916 hp) or Porsche 918 Spyder (887 hp).

The Bóreas assembles a system of hybrid propulsion that eroga about 1,000 CV and power (Michelin)

Beyond the power, have hardly transcended specific details of the car, in whose development has also participated some other company in the automotive sector, such as Michelin, which has “sponsored” its debut circuit facilities of the Sarthe (France) . According to a spokesperson for the company Car Magazine, the hybrid propulsion system has a hundred miles of autonomy in full mode.

Their price is also unknown, but taking into account how much super-sports cost similar characteristics, we can venture to say that whoever wants to acquire any of the twelve custom units that will be produced must have at least one million euros in their current account.

The blue body is combined with some lime-colored elements, including brake calipers (Michelin)

The production has been limited to a dozen of copies with reference to the twelve descendants that had Boreas, the Greek god whose name has been chosen to baptize to this new vehicle, that will return to be exhibited at the end of this month in another appointment unavoidable for the Lovers of motorsports: the Goodwood Festival of Speed ​​(England), which will take place the last weekend of June.

Perhaps on this new occasion transcend more data on the hypercar Alicante, whose aerodynamic design and sharp aesthetic already demonstrate its markedly sporting character. Make way for the brand new creation Made in Spain.

The rear of the Boreas has an impressive design (Michelin)

The Boreas will return to show itself later this month in another unmissable event for lovers of motorsport: the Festival of Speed ​​of Goodwood (England), which will take place the last weekend of June ”