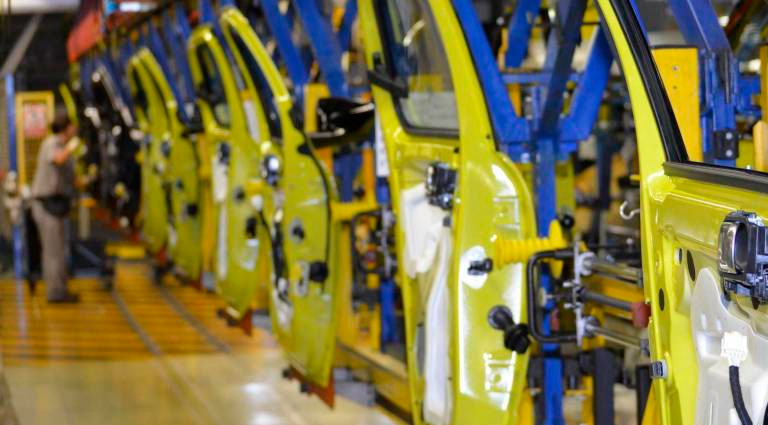 The sector of components for the production of automobiles in Spain increased its turnover in 2016 by 6% to reach the record figure of 34,000 million euros, creating that same year 7,000 new jobs. As a result, the number of direct jobs in the sector stood at 212,000 jobs, while analyzing the sector’s direct and indirect jobs, the figure reaches 343,500 workers.

The automotive sector is growing year after year and new car production figures in Spain will be around three million units this year. But what is not so well-known is that behind the powerful automotive industry there is another no less important and powerful that is the components for the car, one of the key points of Spanish competitiveness and that allows the automotive sector to follow growing.

In general terms, all the magnitudes that characterize the sector have registered a growth, being especially significant in the case of the investment in R & D & I in which the 1,350 million euros have been reached. This figure represents a growth of 12% compared to the data of the previous year. This increase is the result of the bet of the Spanish manufacturers of equipment and components for staying at the technological forefront. In addition, it is one of the sectors that invests most in R + D + i, specifically, 4% of its turnover, which is three times the industrial average.

The better economic situation and the increase in car sales has allowed the sector also to grow above expectations. The turnover increased by 6% to 34,000 million, which has already beaten the previous record, achieved in 2007, with 33,000 million euros. And the same has happened with employment, with the creation of 7,000 new direct jobs in the sector. The automotive components sector represents more than 10% of industrial employment in 5 autonomous communities. In 2016, the companies of the sector invested almost 2,000 million euros in Spain to increase and improve their productive capacities.

Another important aspect is that of export. In 2016, component exports reached 19.5 billion euros, 3.2% more than in 2015. This represents 57% of the sector’s turnover and more than 80% if the components installed in The vehicles that are subsequently exported.

In presenting these positive figures, María Helena Antolin, president of the association that includes the auxiliary industry of the automobile, Sernauto, stressed that “these figures are the result of a permanent effort, of efficient adaptation to the new challenges and investment demands , Innovation and leadership; In short, of commitment and know-how. It is very satisfying that our sector and our companies have become strategic, key to the development of Spain, the growth of the economy and the generation of stable, quality and highly qualified employment.

Antolin added that “our components, produced to the highest standards of quality, equip most of the vehicles produced by vehicle manufacturers. We take the Made in Spain to all the roads of the world from our plants located in the five continents. We are, therefore, standard bearers of the brand Spain, and we can show it with pride “.

If the present is very good, the forecasts for the future of the Spanish component industry are also very good. According to Sernauto’s first estimates, in 2017 the sector will continue its growth line around 7% in turnover and 2-3% in new employment.

The Spanish automobile industry is an example of competitiveness in the world and a good proof of the great work of the professionals of the sector. Within this sector, which accounts for more than 10% of Spain’s GDP, a special mention deserves the component sector, a key issue to give the car the strength that Spain has in this industry and its great competitiveness.