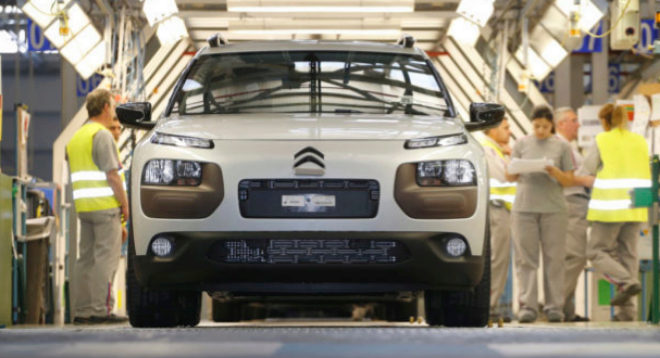 The agreement will enter into force next July 7 and ensures continuity for the next decade.

The new social agreement between PSA, with the support of 92% of its works council, and the adhesion of the unions UGT, USO, CCP and CCOO, which signifies the effective launch of SmartMAD2021 and guarantees the permanence of the Production Center Of the Group in Madrid, center of reference in the automotive industry with more than 66 years of history.

This new competitiveness plan is based on a firm commitment between the parties to guarantee the necessary conditions of profitability, in the trajectory of the Iberian Industrial Pole of the PSA Group, which allow the assignment of a new vehicle to the Villaverde plant and ensure Of this form its activity during the next decade. The SmartMAD2021 project contemplates an investment by PSA of 144 million euros to place the Madrid plant at the highest level of its industrial device with a project for which the introduction of the new generation CMP platform is planned. Includes a 100% electric version.

This social agreement will enter into force on June 7 and will be in force until December 31, 2020, with the concentration of production in a task team that meets the current forecasts for that period. The measures included, with a Temporary Employment Regulation (ERTE) file during this period, will always be accompanied by a reinforced and balanced socially responsible device, whose objective is to facilitate the transition beyond legal requirements without having to reach Resort to structural measures, and thus ensure the future of the center.

Starting in 2021, a new competitiveness plan will be implemented with the industrialization of a new model with the objective of contributing to the achievement and sustainability of the profitability objectives of the plant.

During the signing of the agreement, the Directorate and the Signatory Trade Union Organizations have declared: “We salute the maturity of social relations that will habitually allow a serene dialogue within the role of each one of us, to jointly build our industrial future in The Iberian Peninsula “.

This agreement is the first step for PSA to award the plant the next generation Citroën C4 from 2021.