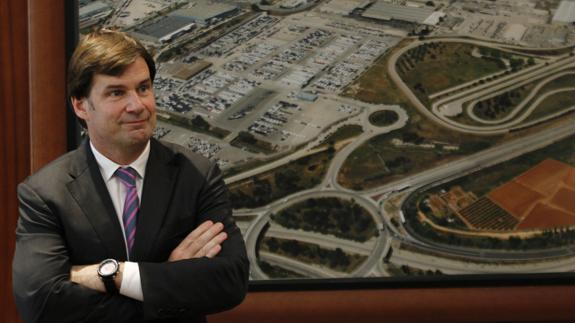 Ford Europe President Jim Farley will visit the brand’s factory in Almussafes (Valencia) next Monday, where he will visit the facilities, hold meetings with employees and check on site the progress of the factory.

This was stated by UGT-Ford spokesman Carlos Faubel, who said that by then they expect to have already closed an agreement that will solve the situation of between 130 and 140 employees of the plant of engines affected by the reduction of the workload .

Although the company and the unions had been set up earlier this week in order to try to reach an agreement on this group, the meeting has not yet occurred, although Faubel is confident that by the end of this week it can be closed and Be signed before Farley’s Monday visit.

The UGT union at Ford Almussafes defends the application of a temporary employment file (ERTE) for those engine plant workers affected by a reduction in work due to the end of the contract with Jaguar Land Rover at the end of May and in the Next weeks there will be several days of production stops.

For UGT-Ford, this is a measure that has worked in the past and that in this case it would be distributed among the 300 workers of the engine plant, where all are fixed, since in that department “nobody is left” and one At the end of the file there is “effective work for all”.

The company has advised them that, if there is no agreement for the ERTE, it will apply forced mobility and move those employees to another department, a decision for which it does not need the agreement of the works council and that would apply to 40 workers already This month, and the remaining 90 or 100 in June.

In any case, the situation has to be resolved before the end of the month, because if there are finally transfers must be known both the affected engine, and those in other plants with temporary contract and that will not continue because of those transfers.