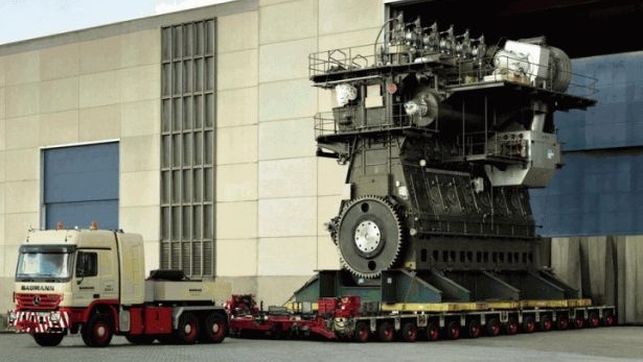 The most amazing diesel engines in the world

We remember the feats that this type of mechanics has made possible since its invention in 1893.

For example, a motor of the height of a four-story building that delivers 107,400 horsepower to move a gigantic cargo ship.

Traveling to Copenhagen for tourism offers the possibility to visit, among other places of undoubted interest, a curious museum known as DieselHouse.

The mastodontic diesel engine, aboard the freighter Emma Maersk. 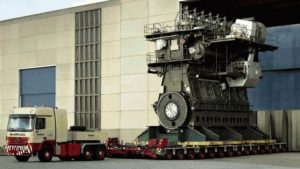 Now that the demonization of diesel engines has become the fashionable slogan, it is not a bad thing to remember the feats that this type of mechanics has made possible since its invention in 1893. Some of them, all that being said, will take years to find Who will lead them more effectively.

For example, what other propulsor would be able to move a gigantic ship like those of the Finnish corporation Wärtsilä loaded to the bumpers of containers but its portentous 14RT-flex96C, a block of the height of a building of four floors that delivers 107,400 horses of power?

All the data that is known about this two-stroke engine! Are the dream of any megalomaniac. It measures 26.6 meters long and 13.5 meters high, has 14 inline cylinders with a displacement of 25,480 cubic centimeters and develops 7.6 million newton / meter of maximum torque at a very low engine speed compared to Of a car: 102 revolutions per minute.

Mounted aboard freighter Emma Maersk since 2006, the 14RT-flex96C weighs 2,300 tonnes and consumes 250 tonnes of fuel every day. Although this last looks like an awful lot, this diesel engine with common rail technology is an example of efficiency for maritime standards.

It also has other advantages such as maintenance costs lower than those of traditional 12-cylinder propellers from Wärtsilä and the fact that it does not emit smoke at all the speed of its maneuvers.

Traveling to Copenhagen for tourism offers the possibility of visiting, among other places of undoubted interest, a curious museum known as DieselHouse, where you can see and hear the operation of another of the historical standards of technology driven by diesel. In this case, the little one – also of two times – weighs 1,400 tons, measures 24.5 meters in length and 12.5 in height and offers a power of 22,500 horses.

Manufactured by Burmeister & Wain to replace the steam engines of the H. C. Oersted power station in the south of the Danish capital, this motor was the largest in the world from 1933 until 30 years later. At that time it was able to produce electricity to supply 30,000 homes.

Some of his curiosities are equally portentous. It needs about 40 tons of oil for proper lubrication, its flywheel weighs 80 tons and each of its pistons 4.5, and the width of its cylinders equals the diagonal of a 32-inch television. 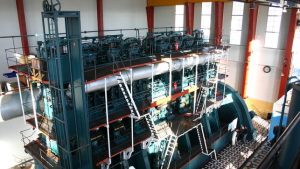