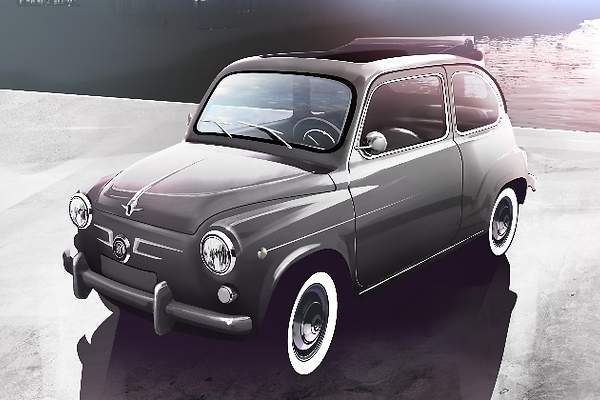 The legendary Seat 600 is reborn

Seat will take advantage of the Automobile Barcelona, ​​held from 11 to 21 May, to pay homage to the legendary Seat 600 with its reissue through the prototype Seat 600 BMS.

‘La Pellet’, as this iconic model is known, arrived on our roads on June 27, 1957 and left the assembly line of the Barcelona Free Zone on August 3, 1973, at which time they were manufactured 794,406 cars (plus 18,200 units of the four-door version, 800). Now, on the occasion of a new appointment of the engine in the Ciudad Condal, the Spanish firm will pay tribute to the past.

Like the first generation of its predecessor, the 600 BMS has inverted opening doors and retains the practicable canvas roof. With an attractive vintage look, outwardly highlights its light gray ‘metallic twist’ with orange stickers and an evolved ‘600’ logo.

On the other hand, it maintains the original tires and brakes, and while inside it boasts an exclusive leather upholstery with orange stitching, as well as leather details on the sides.

It should be remembered that the historic Seat 600 was a two-door four-seater car with 3,285 meters in length, 1,360 meters wide, 1,405 meters high and 585 kg in weight. Regarding the mechanical section, it had a four-cylinder in-line engine capable of developing a power of 21.5 hp and reaching a top speed of 95 km / h.