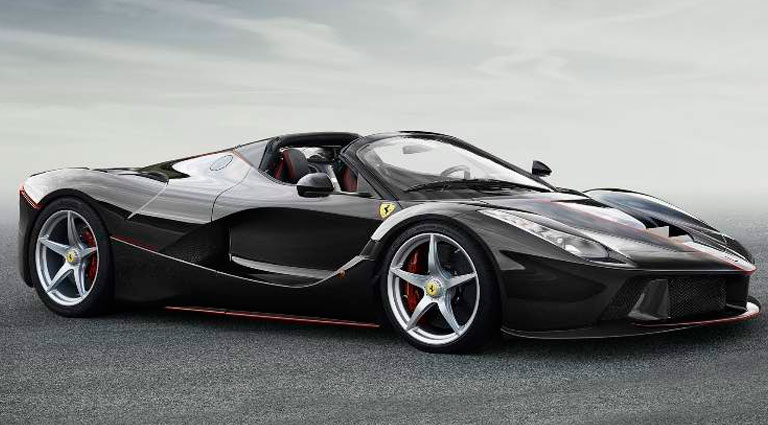 The last LaFerrari Aperta will go to Save the Children

Ferrari has announced that it will build the latest Ferrari Aperta, which was auctioned at the end of September for charitable purposes. Finally, the benefits will go to Save the Children.

Through the auction house RM Sotheby’s, Ferrari has announced the production of unit 210 of the Aperta, a unique copy that will be auctioned in favor of the Save the Children charity for an international program dedicated to education.

On September 9th, on the occasion of the 70th anniversary of the Italian brand, the auction ‘Legenda e Passione’ will be held at Maranello, where there will be models from all eras.

The unit that we see in the image shines an exterior tone Rosso Fuoco metallized with double strip in Bianco Italia in the bonnet and in the back part. The interiors are black alcantara and shiny black carbon fiber with red leather seats with red stitching.

Originally Ferrari announced a series of 209 units for the Aperta (all already sold in the presentation of the model) compared to the 499 that had the LaFerrari. With the latter occurred something similar, since the Italian brand manufactured a LaFerrari 500 also intended for Finnish charities by the victims of the August 2016 attack in Italy. The supercar reached the figure of 6.53 million euros in its auction.

The Aperta, in addition to having a spectacular design, integrates hybrid technology inherited directly from the Formula 1. The 6.2-liter V12 is the same as the LaFerrari with a power of 800 horses. This propulsor is complemented with an electric motor of 163 horses which generates a combined power of 963 horses.

The result is impressive figures, such as reaching 200 km / h in less than seven seconds. Without a doubt, the Aperta 210 is going to become a very coveted piece among collectors around the world