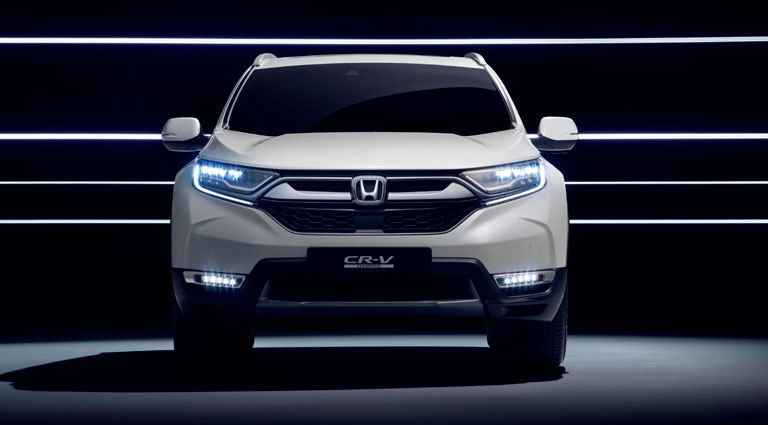 The Honda CR-V Hybrid Prototype, the brand’s first hybrid SUV to be marketed in Europe

The vehicle will be commercialized from spring replacing the option traditional diesel and will count on a petrol of 1.5 Turbo with 185 horses.

The most interesting new features of the fifth generation of the Honda CR-V go beyond a more elaborate and sporty design. Its first commercial launch of this model is scheduled for next spring.

It is developed on the platform of the Civic, with a greater distance between the axles. For its part, the design of the front continues with the typical features of the Japanese brand with headlamps fitted with an LED wing and a more premium image. To improve lateral visibility, the windshield uprights are narrower.

But the most interesting of the new CR-V is that it will offer a hybrid version that will be presented at the Frankfurt Motor Show. It will be called the CR-V Hybrid Prototype and will combine an Atkinson i-VTEC four-cylinder 2.0-liter electric and gasoline engine, plus an independent electric motor-generator and single-speed transmission, offering full torque directly and without concessions.

The i-MMD system (Intelligent Multi-Mode Traction) is responsible for managing the efficiency of the whole.

This new Honda car makes the difference with the rivals regarding the selection of the driving mode. While in its competitors the driver is the one who selects the mode, in the Honda CR-V Hybrid Prototype it is the own system that alternates between the available modes.

The new Honda CR-V will be available in a VTEC four-cylinder, 1.5-liter gasoline engine version with direct injection and turbocharger with 185 horsepower associated with a six-speed manual or a continuous variable speed automatic (CVT) .