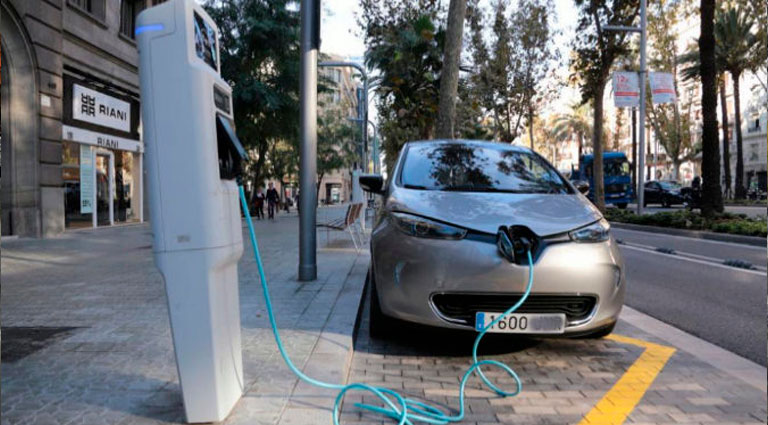 The government has approved an incentive package for the purchase of vehicles powered by hydrogen, gas, electric vehicles, also bicycles and plug-in hybrid models, while noting that it will promote infrastructures.

The Council of Ministers today approved a Royal Decree that regulates the granting of aid for the purchase of vehicles with alternative energies and for the implementation of recharging points for electric vehicles, known as Plan Movea 2017.

The Movea 2017 Plan is endowed with 14.26 million and will be in force until October. The aid ranges from € 500 for passenger cars to € 18,000 for the purchase of buses and lorries, which will mean discharging an old car and excluding traditional vehicles powered by gasoline and diesel.

The Movea 2017 Plan exclusively promotes the purchase of electric vehicles, liquefied petroleum gas; Compressed and liquefied natural gas; Those that are propelled with hydrogen fuel cell and electric motorcycles. It also encourages the implementation of recharging points for electric vehicles in public access areas.

Aids according to vehicle

The amount of the aid is fixed with different scales depending on the type of vehicle and the fuel used. The aid will be from 500 euros (passenger cars and vans), 5,000 euros for minibuses and vans and 18,000 euros for buses and trucks. For the motorcycles the aid oscillates between 1,500 and 2,000 euros.

Points of sale wishing to join Movea will have to apply a minimum additional discount of 1,000 euros for all vehicles except quadricycles (150 euros) and motorcycles (without discount). In the event that the vehicle is electric, the point of sale must undertake to facilitate the installation of a loading point.

The Movea Plan seeks to promote the “use of vehicles propelled with alternative energy to traditional fossil fuels, which are called to be part of sustainable mobility in transport, both in cities and on highways,” says Ministry of Economy, Industry And Competitiveness in a statement.

“Because of their benefits in terms of energy diversification and reduction of dependence on petroleum products as well as the reduction of CO2 emissions and other pollutant and greenhouse emissions, these vehicles help improve air quality Of our cities and to diminish the noise pollution, favoring also the consumption of autochthonous energies, especially of renewable sources “.

The General Secretary of Industry and SME, Begoña Cristeto, already announced yesterday during the 50th anniversary celebration of Sernauto that the Government was working on a new incentive plan for the purchase of alternative energy vehicles. With the approval of Movea will meet the needs of the industry at least until the end of the year and said that by 2018 “surely more funds will be obtained,” he said.