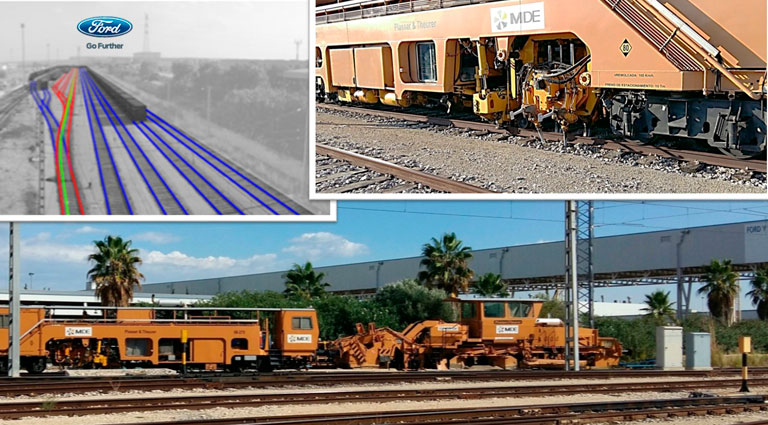 The Generalitat Valenciana plans to activate, in the coming weeks, the second phase of the works of adaptation and improvement of the beach of tracks of the rail terminal of the Industrial Park Juan Carlos I, where the Ford factory is located, according to announced sources of the Government Valencian after the visit of the president, Ximo Puig, to the plant of the multinational in Almussafes.

Puig highlighted “the important role” of the Ford factory in Almussafes to boost the reindustrialization of the Region of Valencia, as it constitutes a “powerful focus of industrial attraction that has allowed the growth of a fleet of suppliers linked to the firm, Which are a boost for industrial activity. “The Generalitat knows that reindustrialization goes through the maintenance of Ford in Almussafes,” he said.

In line with this, in August 2016, the Consell approved a line of direct aid for 10 million euros to make the necessary investments in this logistic area to ensure its connectivity with the current network and with the future route of the Mediterranean Rail Corridor, In perfect conditions of interoperability “. It contemplated actions in three exercises: 2016, 2017 and 2018. The decree of the Consell pointed out that they could benefit “Ford España, SL and all the companies that use the logistics platform, as well as the subsidiary companies of the same ones, which implies an impact Direct in the volume of business and competitiveness of all the economic sectors of the Comunitat “.

After visiting the facilities of the factory, Puig recalled that “there is no advanced country in the world that does not have a powerful industry.” “Now we are almost 20% of GDP industrial and that is the way for reindustralización,” he said.

Both Ximo Puig and Ford Manufacturing Director in Spain, Dionisio Campos, highlighted the “good tuning” and “fluid dialogue” between the company and the Valencian Government. The meetings of the joint monitoring committee, which are held every three months, contribute to this.

These increases will entail additional hiring of personnel, which will involve the incorporation of 160 new employees to the plant and the renewal of 240 temporary jobs that ended this month of June.

“The reality is that the automobile market is cyclical and as in other times we have had to adjust to comply with the requirements of the market, this time is the opposite and we have to adjust to meet the demand that we have. Lines with additional staffing to raise our production level by about 125 cars a day from September, “he said.

97% of the workforce, fixed

The head of the Consell also held a meeting with the company’s managers on the current situation of the plant, which has highlighted that “97% of workers are fixed.” This shows, according to the President, that automation and job growth “are not incompatible, since in the factory coexisted for some years 2,000 robots with 3,000 employees,” he said.

Puig has reiterated its support to the multinational in the field of innovation and training.

The union UGT-PV, majority in the plant, has stated that, at the current pace, the number of vehicles that could reach Ford Almussafes in the present 2017 is 417,000. The organization, which has also met with Ximo Puig, has transferred to the President of the Generalitat his claim to bet on the arrival at the plant of hybrid models or plug-ins to the factory “to ensure the workload.”