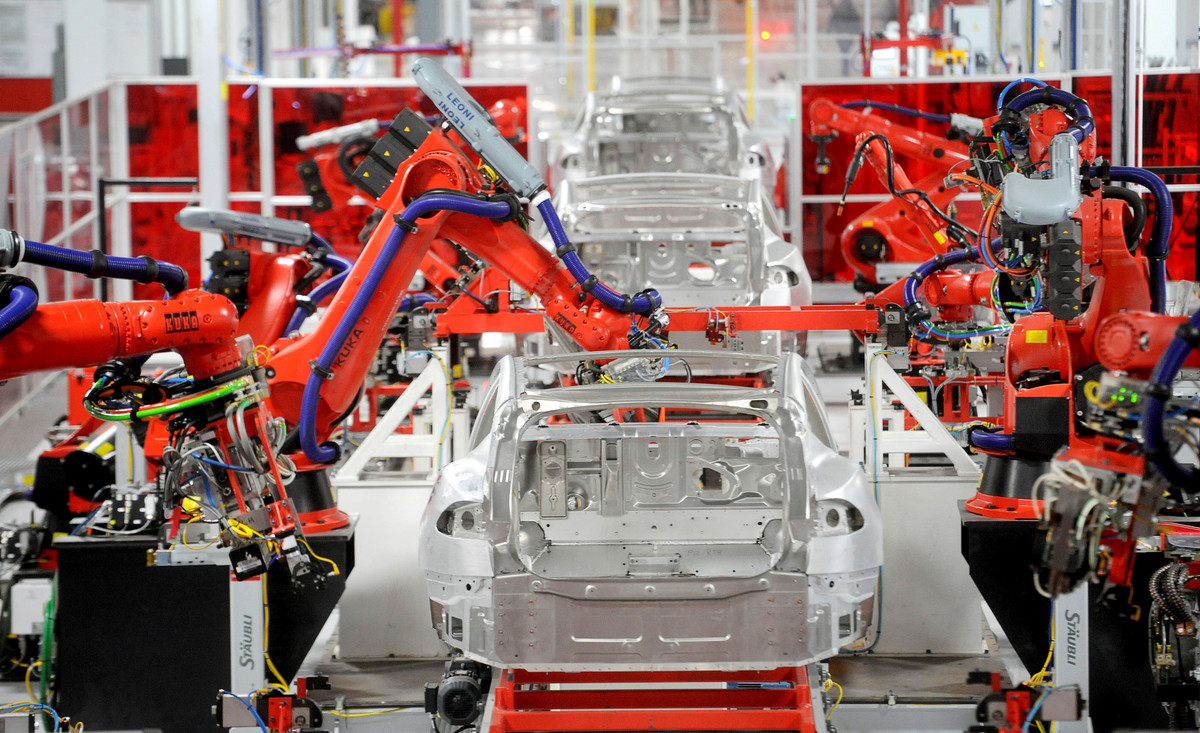 The technological changes with the greatest socio-economic impact in the next years will involve the industrial transformation of the countries of our environment, substantial modifications in daily life and industrial revolutions of relevant depth both in employment and geopolitical. The signs of these changes are already described daily in the media but as the worst of the crises that are not anticipated seems that economic policies and companies prefer to look the other way, to elude the evidence and postpone the changes that seem Inexorable These are five changes that will transform our future:

They are still expensive and impractical because of their low autonomy in most cases, but the new models that will be launched in the coming years will corroborate that fossil fuels are not the future of the automotive. The new Tesla, scheduled for launch this year, will have a level of benefits, autonomy and price closer to those of the average saloon (about 35,000 euros) than super vehicles. In terms of motorcycles, some brands already offer perfectly comparable products (166 kilometers per hour, more than 300 kilometers of autonomy of the signature Zero, for example) although the prices must lower to break the market. Combustion engines are watchmaker’s pieces, an entry barrier for competitors. On the contrary, electric vehicle engines are simple and China is able to offer them at low prices in the short term. Batteries are increasingly suitable for use in automotive.

The consequences of this budding technological revolution are the restructuring of an automobile sector with unamortized infrastructures and large templates. However, within 20 years it will be as surprising to see a diesel car as smoking indoors today. In the Chinese city of Shenzhen, for example, the municipal bus fleet will be this year fully electric. The industrial consequences of the electric transformation of the fleet will be dramatic, also from an employment point of view. The 2.7 million vehicles made each year in Spain account for 10% of GDP and 9% of employment, according to data from the association of manufacturers Anfac.

The domotic revolution that has begun will have an impact on daily life and on the economy. Associated with the automotive sector, the possibility that vehicles should be self-managed in the future, with the repercussions it may have on certain sectors of activity, is no longer so remote. On a more prosaic level, intelligent light bulbs, whose light intensity is handled from the mobile via Wi-Fi, are an inexpensive example of the upcoming changes. For just over 10 euros (origin, China) it is possible to buy one of these gadgets which is assured have a shelf life of more than 10 years. The acceleration of the introduction of technology in the home, of the internet of things, will change daily life.

In industry, the robotization of processes tends to cancel out repetitive processes and will also involve progressive labor restructuring. However, the overall balance of process robotization in the economy suggests that it does not have the feared negative effects, at least from a global point of view. It removes jobs and encourages the emergence of others.

Economists like Vicenç Navarro say that it all depends on whether productivity gains are reinvested or swell to the positive balance of the owners of the means of production. Also if the means of production are still in a few hands or socialized, or if conceptually the robot is owned by the employee who supervises it. Artificial intelligence, understood as the autonomous evolution of machines, already modifies the operation of computer programs and must accelerate the technological evolution and fusion between mind and machines …

3. THE MEANS OF PAYMENT

Money loses bellows. But conventional credit cards can also lose weight in the face of new electronic payment systems. In China payment is already common with the Wechat application, the equivalent of Whatsapp, which has also announced the introduction of short-term money exchange systems in Europe.

The electronic payment with the mobile is already a reality and will be increasing more and more even in micropayments. In street stalls in some areas of China is no longer paid with money, but through the mobile, in a trend that can be generalized worldwide in the coming years. For some, the emergence of mobile as a means of payment can transform banking as we know it in a faster than expected.

The times of Microsoft’s absolute mastery of personal computing will go down in history. The boom of the mobile phone has changed the habits of consumption of information and the technological platforms are in transformation. Experts point to a growing convergence between the mobile and the personal computer. The idea is that the processing capacity of mobiles will increase exponentially by matching it to personal computers, so the former will be able to function as the latter. Nor should we underestimate the role that can be called the Google pc or Android PC, cheaper computers oriented to use exclusively on the internet, from 40 euros currently in China, to 200 euros here. Increased computerization and the rise of mobile as a multifunctional tool have economic consequences by substantially modifying global technology leadership, which has been shifting from telecommunications companies and software to hardware hardware manufacturers such as Apple, Tesla or the Asian giants (Huawei, Samsung, LG, Lenovo, Xiaomi …) or the internet (Facebook, Google, Amazon, Alibaba …).

The rise of electronic commerce is already a reality. The investments of large groups in Spain as Amazon are a clear indicator of the change. Since its disembarkation in 2011, Amazon says it has invested around 500 million euros in Spain. Only the planned investments in the El Prat warehouse amount to 200 million euros. Even signatures like Alibaba say that Spain is the main source of purchases of products in Europe.

Trade as we know it is threatened. The purchase of distance, thanks to the development of logistics infrastructure, changes habits but also has a direct impact on the composition of urban commerce frames. However, languishing trade is the one that applies excessive margins to a supply of non-specialized products. The prices are transparent and it is not possible to apply tariffs without taking into account the global competition.

The commercial sector is aware of the need to join in the internationalization and get customers beyond the proximity markets. The economic consequences of the internationalization of the online trade sector may be counteracted by the emergence of new protectionist tensions that want to minimize social dumping and low-cost production from countries outside Europe.