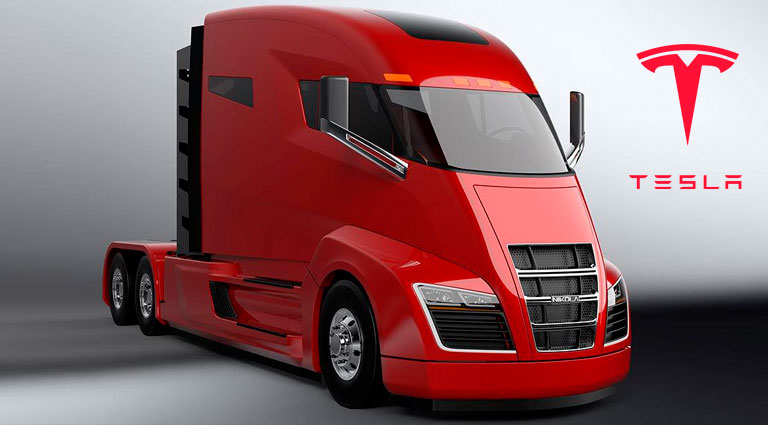 A model for regional transport or the distribution of medium distance

“This great platform will be a day cabin, without a berth,” a source says

Nikola One: the electric truck with 1,900 kilometers of autonomy

Tesla will show its commercial vehicle in September

One of the main challenges facing electric vehicles is autonomy. Manufacturers seem to have found answers for passenger cars. Even for delivery vehicles in an urban setting. One of the great challenges now is to design models that can travel a good number of kilometers and also transport large goods.

Tesla, one of the champions of this form of propulsion, will present its first truck in September. But this will not be for long journeys, as evidenced by the leak collected by Reuters about its autonomy: between 320 and 480 kilometers, much lower than can offer a combustion truck. This model will be designed for regional trips, for medium distribution or as support in works.

The Tesla prototype has been changing throughout its development, always conditioned by the design of the batteries and the price that may have on the market. There has been no approximation of this last section.

Elon Musk, president of the company, has defended that for the project has counted on the advice and opinions of the transport sector. In fact it was Scott Perry, executive of the Ryder logistics company, which has leaked the autonomy of the truck. Perry has indicated that the truck will be “a large electric platform known as a day cab, without a litter.”

Tesla wants to equip its first truck with autonomous technology, another one of its battle horses. The American manufacturer does not consider a 100% autonomous scenario, rather it would look for a platoon system, in which a truck marks the guide and the rest can follow it.

Tesla’s truck numbers are still far from what it promises, for example, the Nikola One, a 100% electric truck that was introduced in December last year. This, which has not yet entered production, could carry up to 36,000 kilometers with 1,900 kilometers of autonomy. At the same time, Mercedes presented another prototype, Urban eTruck, capable of supporting up to 26 tons of weight, but with a range of 200 kilometers, another example not suitable for routers.