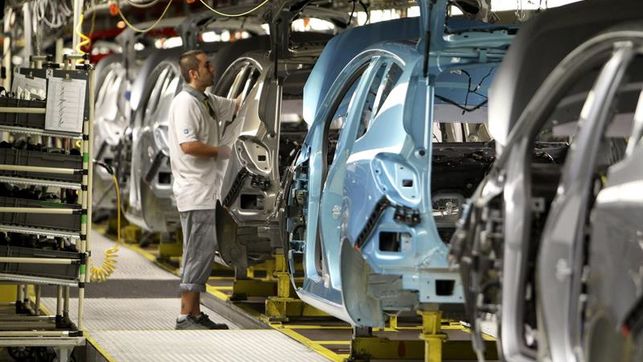 Zaragoza, May 1 (EFECOM) .- The Opel factory in Figueruelas (Zaragoza) celebrates tomorrow the departure of the production line of Crossland X, the first model fruit of the collaboration of the German company with the PSA Group.

The event will be attended by the president and CEO of Opel, Karl-Thomas Neumann; General Motors Spain General Manager Antonio Cobo and the French PSA Group (Peugeot, Citroën and DS) CEO Carlos Tavares.

After Figueruelas, Tavares will travel to Madrid on Wednesday to visit the French automobile consortium’s plant in Villaverde, where he plans to reduce the current two shifts to one to strengthen its competitiveness.

While in Villaverde is expected to manufacture a new model from 2021, the Figueruelas tomorrow morning the first model that joins the facilities in Zaragoza after the alliance signed with the French group PSA Peugeot-Citroen last March.

Crossland, which replaces the Opel Meriva in assembly lines, began before the Easter holidays in order to accumulate enough surplus for distribution in the market from next June.

The new vehicle, according to data released so far, has all the elements of Opel except the engine, developed in conjunction with PSA and that will also include the future Aircross.

Although on an exterior level the car shows the features of an Opel, the Crossland will have a motor more linked to the technology of the group PSA, which apart from the alliance agreed is in negotiations for the possible acquisition of Opel.

The initial forecasts indicate that the Figueruelas plant will manufacture around 70,000 units of Crossland a year, which guarantees the future of the facilities and all the auxiliary companies located in its surroundings.

According to the director general of Marketing of Opel, Tina Müller, this new model has “a striking design and the advantages of an SUV for the urban lifestyle – agile in the city and that conveys confidence in long routes” .

With the incorporation to the Mokka production lines, the Figueruelas plant manufactures three other models: the Corsa five-door, the Van version (commercial) and the Meriva MPV, now replaced by the Crossland.