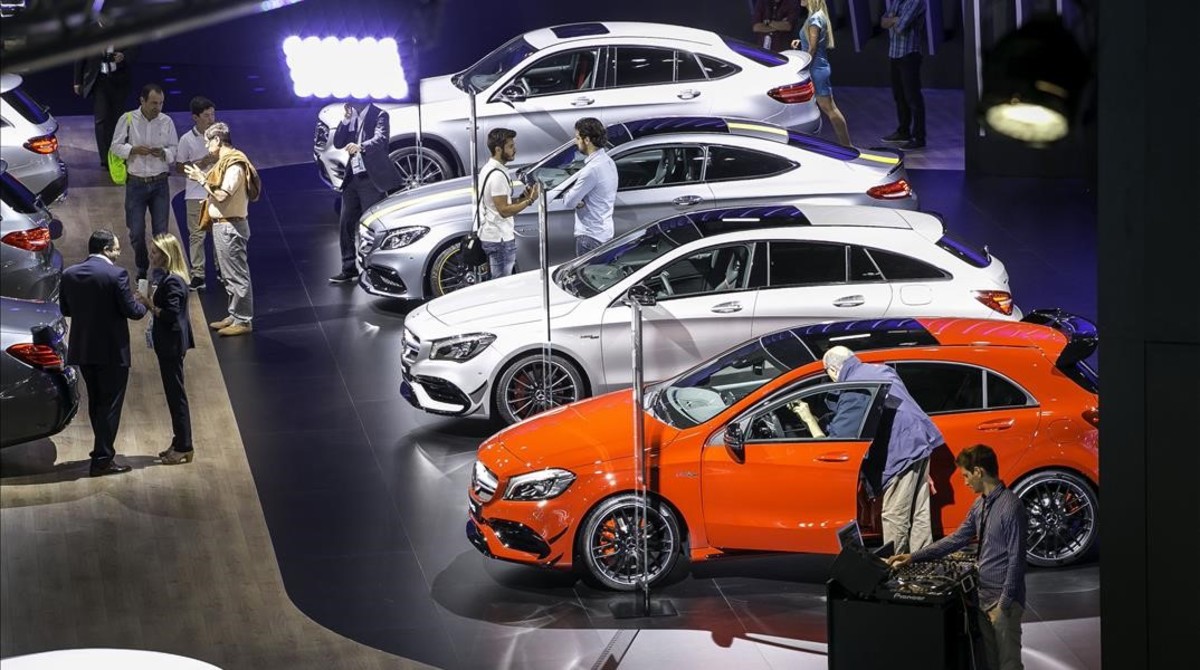 The European Commission (EC) is immersed in the debate on the new CO2 reduction targets as the current plan ends in 2021. With the motor-vehicle scandal still shaking the industry and knowing that all the focuses are on the manufacturers, the European Automobile Manufacturers Association (ACEA) has taken advantage of the Frankfurt Motor Show (IAA) to put their cards on the table. The builders propose an additional reduction of 20% in 2030 on the targets set for four years. An objective that, they have warned from the association, is conditioned to a more determined support by the States to deploy the infrastructure that of impulse to the electric car.

“This is a high reduction,” said ACEA President Dieter Zetsche this morning at the head of Mercedes Benz. The standards set by Brussels establish that in view of 2021 the new passenger cars emit a maximum of 95 grams of carbon dioxide per kilometer. In the case of vehicles that use gasoline, it would be a consumption of 4.1 liters per 100 kilometers. In the case of diesel, 3.6 liters for the same distance. These two targets represent a reduction of 18% and 40%, respectively, when compared to the targets set by the EC for 2015.

The builders believe that their 20% reduction proposal for 2030 (equivalent to 76 grams of CO2 per kilometer) is perfectly within the framework of the Paris Agreements and European environmental policies. However, they warn that the objective will be highly conditioned by the deployment of the electric car, not only in the market but also by the Member States. Hence Zetsche has called on the European governments to begin making the necessary investments to deploy the charging infrastructure for new cars.

“Currently the reality is that the market conquered by rechargeable vehicles is low, but this is not due to lack of options or availability,” said the president of European manufacturers. In the first half of this year, the electric car alone accounted for 1.2% of total car sales in Europe. ACEA has asked to join the commitment of reduction with the reality of the market. In fact, the manufacturers propose that in 2025 a revision of the objective be made to adapt it, upwards or downwards, according to the conjuncture.

The association has also vindicated the cleanliness of the new diesel models, which now undergo much harder controls before they hit the market. Zetsche recalled the key role of such vehicles within the “transition” to less polluting mobility. “Any sudden move away from diesel would make it more difficult for the industry to be able to meet the EC’s objectives,” said the ACEA president.

The association bringing together the top 15 European vehicle manufacturers has also called on the EC to “take into account the social implications of the transition to low-carbon cars.”