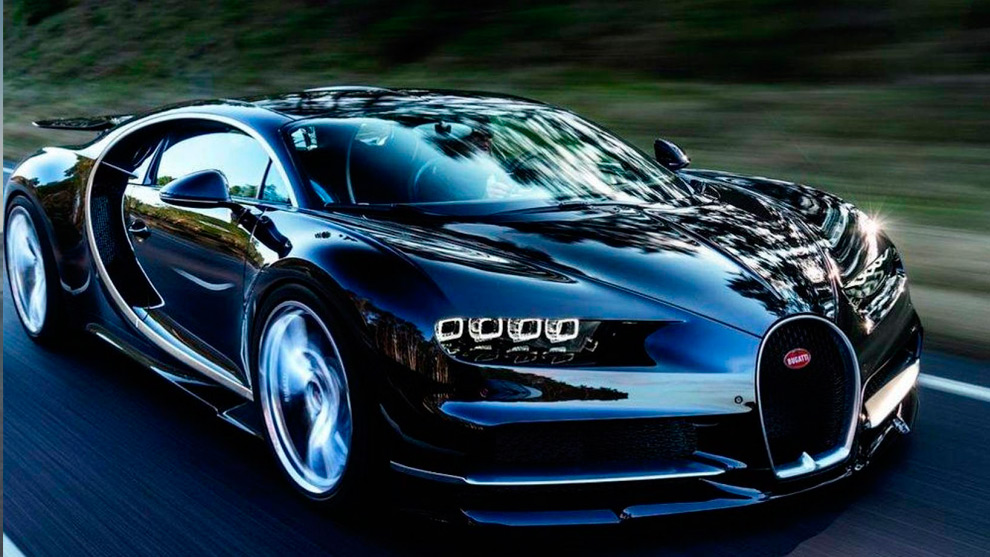 The Bugatti Chiron 0-400-0 in 42 seconds
The record was certified by SGS-TÜV with the former F1 driver Juan Pablo Montoya
The Chiron consumed 32.6 seconds and 2,621 meters in acceleration and 9.3 seconds and 491 meters in braking
The Bugatti Chiron has set a new world record of acceleration by completing the 0-400-0 km / h in just 41.96 seconds. This is the first time in the world that this achievement is officially achieved and measured, being carried out by a production car. Of course, a very special supercar, capable of delivering no less than 1,500 horsepower at full capacity and reaching no less than 500 km / h of top speed. To obtain this record, the Bugatti Chiron only needed 3.112 meters, according to the certification supervised and made by the world-renowned certification company SGS-TÜV, world leader in its sector.
Juan Pablo Montoya, former Formula 1 rider, was the driving force behind the Chiron, who was the winner of the F1 Monaco Grand Prix, twice triumphant in the Indy 500 and three times in the 24 Hours of Daytona. 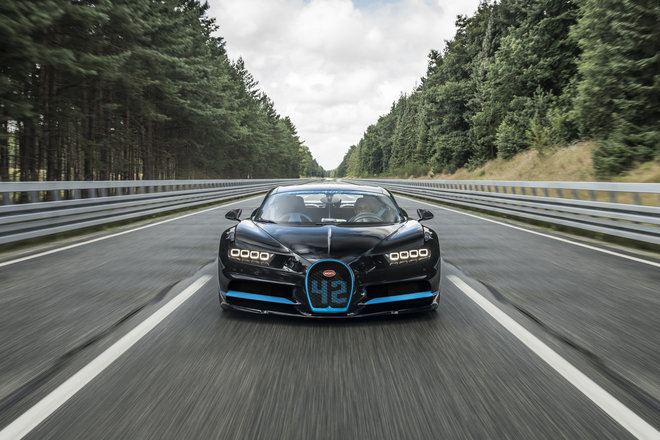 The Chiron, with its 8-liter engine and 16-cylinder in W, showed all its capacity under the control of Montoya. The pilot had to activate the Top Speed ​​Key, which allowed him to start the Maximum Speed ​​mode to be able to surpass the 380 km / h, in addition to activate the system of Launch Control that would allow him to make the exit at the highest possible speed and without losses of traction. Of course, the stability control played a fundamental role all the way, improving the effectiveness of chassis and tires. The first two turbos went into operation to take the car to the first 2,800 rpm while the two seconds were activated from 3,800 rpm. making the car reach 400 km / h in 32.6 seconds (at 2621 meters). At that moment the braked operation began, which consumed the rest of the time (9.3 seconds) and space (491 meters) until its total stop. This minimization of the braking is possible in part by the rear spoiler that at a 49 degree angle and a width of 1.5 meters gives the car an aerodynamic load of about 900 kilos. In the braking, car and driver experience a force of 2G, similar to the one that the pilots experience in the launching of the space ferries. 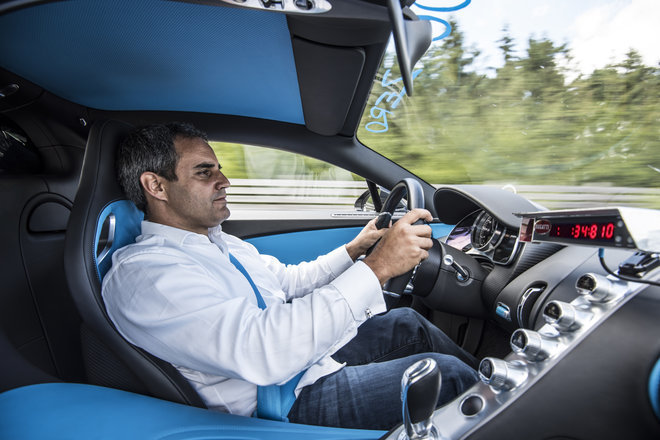 Bugatti becomes the first manufacturer in the world not only to calculate by computer the ability of a vehicle to go from standing at 400 km / h and back to stand, but also has been able to demonstrate and measure it in real life. Juan Pablo Montoya said after the experience that “Chiron is so fast that it takes your breath away and its braking is at least as impressive. Its stability and consistency in driving is incredible and I am honored to have been part of this achievement” . The pilot was able to surpass his personal maximum speed record set at 407 km / h and reached 420 km / h during the pre-test. On the other hand, Bugatti plans to surpass its speed record as a brand established in 2010 at 431,072 km / h with a Veyron 16.4 Super Sport. 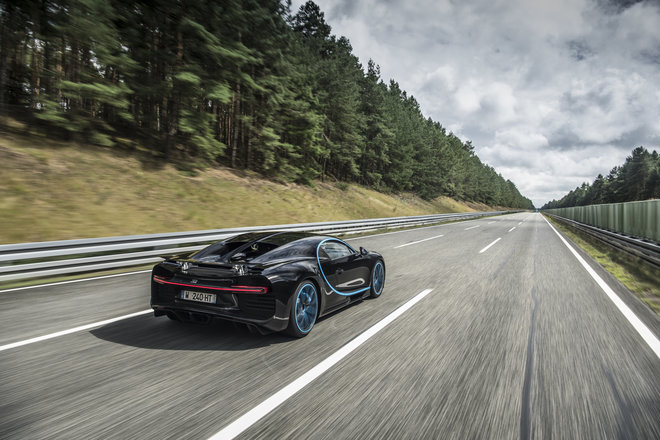 Of the limited series of 500 Chiron to be manufactured, the brand has already sold 300.