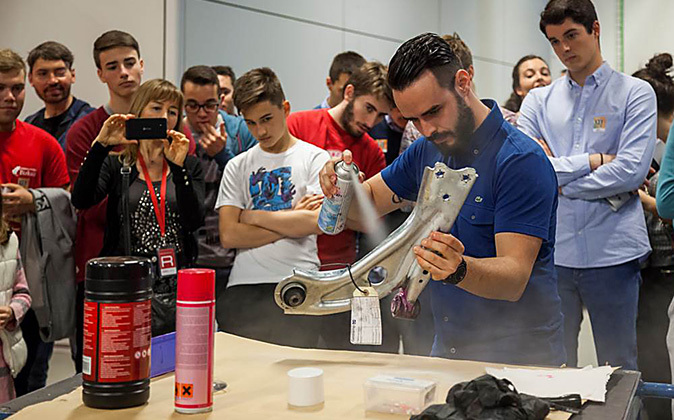 The turnover of the Basque sector exceeds the 16 billion mark in 2016, and will grow at least 3.5% this year. To diversify, companies look to Japan and Asean.

The Basque industry of automotive components expects 2017 to be a “good year, as it looks” powerful and capable of growing and developing. “So optimistic are those responsible for the automotive cluster in Euskadi Acicae, who take it for granted That this will be an exercise “even better than 2016,” according to its president, Jose Esmoris. This year sales will grow at around 3.5%, according to a conservative estimate “because some changes in the market can never be made. Foresee, “explained Esmoris, who presented the results for 2016 and the outlook for 2017 of the automobile with the director, Inés Anitua, and the vice president, Alejandro Olagüe.

Job
In 2016, the Basque automotive company exceeded its expectations, and invoiced 16,454 million, 9.7% more than in 2015, an amount that does not include Mercedes-Vitoria figures. This good evolution was reflected in employment, which grew by almost 4% -1,436 more people – and brought the total number of workers in this industry in Euskadi to 38,019 people. The sector is equivalent to 24% of GDP.

The president of the Basque cluster explained that the sector is going through a moment of growth at the global level that takes advantage to gain competitiveness and market share. In his opinion, the industry is diversified in markets, customers and products. “We have done our homework well, and we continue doing it,” he said.
Looking to the future, the tractors and also SMEs in the Basque automotive industry are diversifying their markets and preparing for the outsourcing that is going to take place in the big manufacturers, which will increase the business.
According to Esmoris, SMEs now go to traditional markets, and the sector should now focus on other growth areas that have not yet arrived, such as Japan and the Association of Southeast Asian Nations ), Such as Malaysia, Korea Singapore and Thailand. “It will be another qualitative leap,” he said.

The president of Acicae dismissed the possible effect of Donald Trump’s protectionism on the Basque companies installed in Mexico. In his view, the sector “is too internationalized to speak in terms of bilateral relations.”