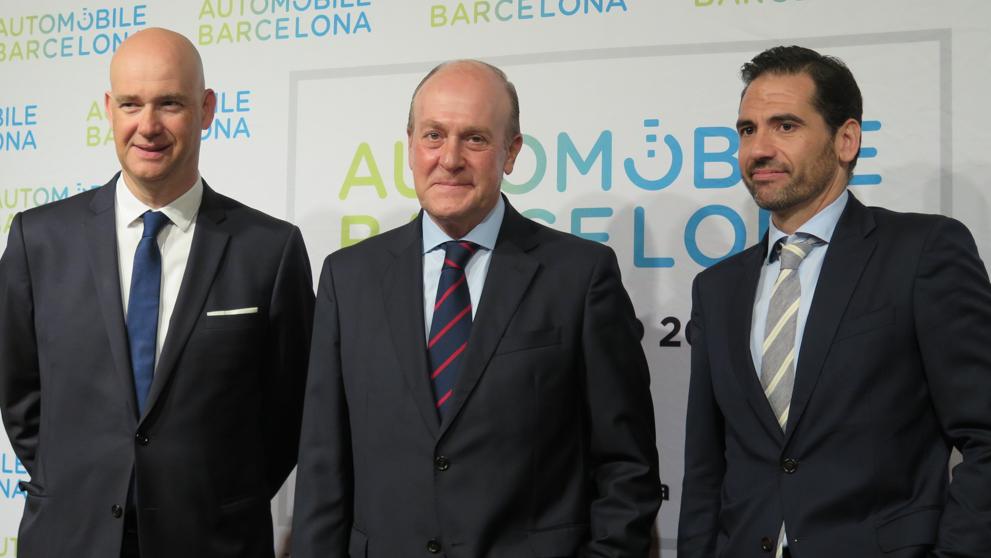 Automobile Barcelona, ​​a reference for the automotive sector, will triple the number of brands in its first edition with the new commitment to innovation and technology. Of the thirty brands of last year will be more than ninety. “The project has liked,” said Enrique Lacalle, president of Automobile. For example, large technology such as Facebook, Waze (Google), IBM, Oracle or HP will pass through the show.

Behind the landing is the pursuit of innovation in the engine. This year will incorporate into the hall tradition several platforms that endow it with that aura more technologically advanced. “It’s a new concept, a new philosophy. We have reinvented ourselves and surpassed ourselves, “said Lacalle.

On the one hand, because the connected car is where the automotive is headed. On the other, because “it guarantees the future of the hall” going “a step ahead in the fairs continental”. Nevertheless, it will be “a unique congress in Europe and in the world”, in which some 750,000 visitors are expected, in line with the previous year.

Tesla as a reference

Next to Tesla, the traditional big brands. Seat, Toyota, Fiat, Ferrari, Mercedes Benz, Honda, Nissan, Renault, Mitsubishi … The list is around thirty. In addition, there will be institutional actors and industry associations. “It is offered much more than ever,” analyzed José Miguel García, director of Automobile Barcelona.

The new bet will pivot around two major events. One is the Connected Hub. It will host conference cycles, with some seventy representatives from companies around the world. Luca de Meo (Seat), Andreu Veà (ambassador of the EC digital agenda in Spain) or Juan Ignacio Zoido (Interior Minister) will be some of the voices that will be heard.

Topics such as cybersecurity, ownership of the vehicle, approaching the Internet of Things … “It is the opportunity to know what will happen in three or four years in the connected vehicle,” said Ugo Valenti, director of the Connected Hub.

In this sense, the Connected Hub will go to Innovation Square, where 25 startups will come into direct contact with manufacturers to offer their solutions. “You can not reinvent yourself without the startup ecosystem,” Valenti acknowledged. “It is the point of differentiation regarding anything that is done in other halls,” said Ricard Zapatero, a member of the steering committee of Fira de Barcelona.

Connected Hub aside, the other great pivot of innovation in the Automobile will be Connected Street: the nexus between brands and visitors, where firms will offer their latest innovations to drivers. “This is where innovations will be tested,” said Zapatero. It is about putting cutting-edge technologies within the user’s reach.