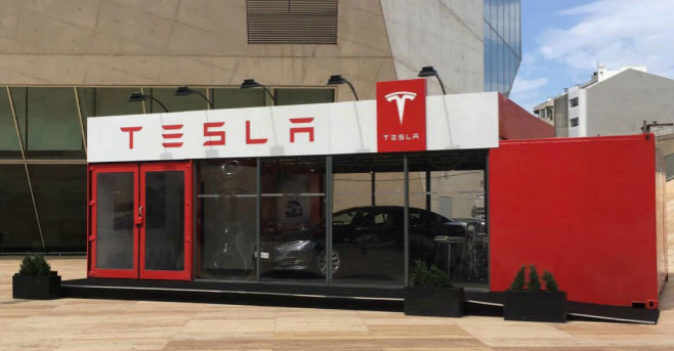 Tesla opens its first store in Penínunsula in Porto, and it is itinerant!

It will be in the Portuguese city until the next 3 of June. It will have a Model S. It will tour different European cities.

Tesla opened yesterday in Porto (Portugal) a traveling store that will be in the Portuguese city until next June 3. It is located together in the Casa da Musica and from Monday to Saturday from 10 to 20 hours. It will have a Model S inside. This is the first time that Tesla has a physical store in the Iberian Peninsula. The traveling store, called Pop-up store, will be touring in different European cities.

Tesla will make two units (one of the Model S and one of the Model X) available to the Porto’s to test the vehicles and thus check, among other things, the operation of the Autopilot, Freemont, California.

Tesla sources explained to EXPANSIÓN that they maintain their plans to open three permanent physical stores in peninsular territory in Barcelona, ​​Madrid and Lisbon. Although they did not specify the date of opening of any of them.

Tesla will be present at the Barcelona Motor Show, which will be held on 10 May, the first time that the brand will attend an event of this type on Spanish soil. During the event could announce the opening of its first permanent store and Barcelona would have many options to be the first.