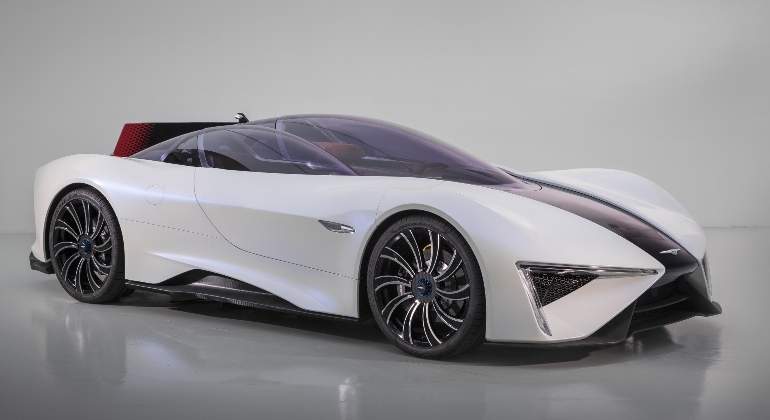 Techrules Ren: this is the Chinese sports hybrid turbine

Techrules, the China-based automotive research and development company, has presented at the 2017 Geneva Motor Show the final design of its first hybrid supercar that recharges its turbine electric motors (TREV), which has been renamed ‘ Ren ‘.

The highest version of the range, with a battery capacity of 25 kWh and two engines in the front and another four in the rear, offers a maximum power of 1,287 hp with a range of 1,170 km using 80 liters of Diesel fuel (NEDC). The TREV system can operate with both liquid and gaseous fuels. In tests performed, diesel has been shown to provide the best performance capabilities, with emissions below the EU6 standard for this type of fuel, according to the firm.
The aerospace-inspired design is optimized for maximum aerodynamic efficiency with a modular three-cab design that has been created by world-renowned automotive designers Fabrizio and Giorgetto Giugiaro. One of the highlights of the car is the fighter-inspired cockpit, which rises to allow access to the occupants, and futuristic elements like laser headlamps and reversible “star-burst” LEDs.

Leather (Italian curio and alcantara) and seats produced by the high-end designer clothing company PT (Pantaloni Torino) have been used to make the interior. The new modular Techrules platform allows the Ren to be configured to accommodate only the driver or with one or two additional occupants depending on their exact requirements, something that was not discussed at first. For circuit or competition, the customer can choose the version of a single passenger compartment with empty side spaces. 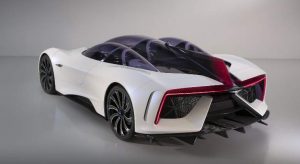 When the three occupant configuration is selected, the two passengers sit comfortably in a semi-stretched position with access to fold-down touch screens and a communication system that uses speakers and microphones built into each of the head restraints. In addition, to allow the driver to communicate with the outside, such as security guards at the barriers, there are also speakers and microphones housed in emblems embedded on both sides of the car.

In front of the central control station we find a screen with the most important instruments and the traditional mirrors are replaced by three cameras focused backwards.

The rear edges of Ren’s body incorporate active spoilers that can be deployed together or independently of each other to improve stability and aerodynamic load under different circumstances. In this way, the ailerons, inspired by racing vehicles, are only deployed at high speeds thanks to independent hydraulic actuators. To do this, an electronic control unit analyzes a variety of data, including speed, acceleration, steering angle and braking force, to determine what assistance is required from the ailerons to optimize the performance of the car. When they retract, only discrete lines give a clue to their presence.

Techrules expects Ren’s production to begin in Italy in 2018 with a limited series of 96 models for the circuit. The projected production volume is 10 cars per year.