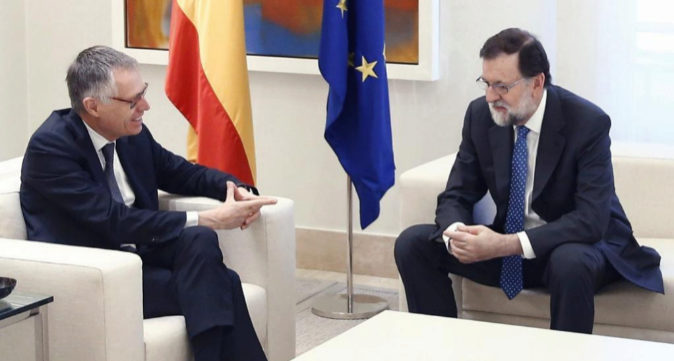 Vigo and Madrid, and the plant that will add Opel (Figueruelas), with work for the next decade.

As expected, Carlos Tavares, president of the PSA Group and Maxime Picat, director for Europe, held a meeting with the President of the Government, Mariano Rajoy.

During the meeting, held at La Moncloa, Tavares presented the industrial plans of its group in Spain and will have, as one of its future milestones, the investment of 144 million in the PSA plant in Villaverde (Madrid) for the production of a New car since 2021. Although before, at the end of the year, the purchase of Opel should be completed.

In fact, Tavares visited the factory in Figueruelas on Tuesday afternoon in a private meeting with workers hours after Opel CEO Karl-Thomas Neumann attended the official start of production of the new Crossland X.

In this sense, the President of the Government wanted to point out that when this purchase is completed, the resulting group will become the first producer of cars in Spain. Last year, its combined production volume amounted to 860,000 vehicles, with PSA Vigo (424,000 units), PSA Madrid (81,000) and Opel Figueruelas (355,000 cars) totaling 860,000 vehicles.

For his part, Tavares was “satisfied with the relationship of mutual trust and collaboration” that the PSA Group maintains with the central government and with the autonomies in which it currently has factories.

A relationship that, moreover, has guaranteed its continuity until, at least, the end of the next decade thanks to the projects awarded. Those of Vigo – new vans and extra model, among others – were already known; In the case of Villaverde, it is only necessary that the unions sign – it is expected that by the end of this month – a proposal for temporary adjustment of employment until 2020 so that it is automatically awarded the investment; And in Figueruelas, on Tuesday confirmed that, since 2019, will assume the world exclusive production of the new Opel Corsa, which will already be based on PSA. In addition, along with the aforementioned Crossland X, since late summer, the Aragonese facilities will start producing units of the Citroën C3 Aircross.