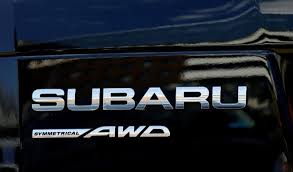 The exchange of foreign currency added to the cost spiral has broken the record of growth of the financial results of three years.

This fall has occurred despite the fact that the Japanese brand exceeds one million annual sales, a fact that has been given for the first time in the company.

Revenues increased 2.9% in the last year, driven by an 11% increase in world sales. Subaru posted record revenue and sales for the fifth consecutive year.

However, European sales fell by 2.6%, as has happened with sales in Japan and China.

Despite record sales, losses from the depreciation of the yen against the dollar and other currencies outperformed the gains, at a cost of 1,177 million euros.

This, together with other recent costs and greater investments in R & D and capital, has caused the Japanese brand to lose 1,387 million. Subaru has saved more in the last fiscal year to expand production in North America and Japan and to meet growing demand.

For this coming year, Subaru expects to increase sales and that exchange rates will moderate to maintain operating profit and net income. The objective is to keep operating revenues at 2,317 million. Net income is forecast to grow 0.9%.

Sales prospects put Subaru on track to achieve the global medium-term sales target of 1.2 million by 2021.