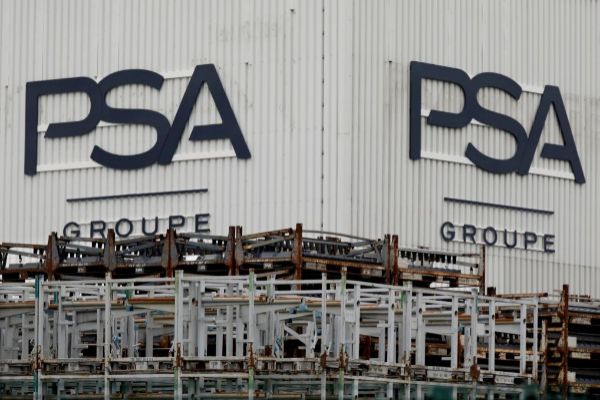 Spanish PSA plants, well positioned in the merger with FCA

Together they are more efficient than the Italian ones and are already starting to manufacture electric cars
The board of directors of the PSA Group and the FCA Group gave their definitive yes on Wednesday to their merger by creating the fourth global car group that will encompass 14 car brands such as Peugeot, Citroën, Opel, Vauxhall, DS, Jeep, Dodge, Chrysler , RAM, Fiat, Alfa Romeo, Lancia, Maserati and Fiat Professional. Between the two groups they will manufacture 8.7 million vehicles per year, lagging behind Volkswagen Group, the Renault Nissan Alliance and Toyota Motor Corporation.
Spain is going to play a very important role in the new car consortium. Of those 8.7 million vehicles, one million leave the three Spanish plants of the new group, which employ 14,000 people.
However, Carlos Tavares and Mike Manley, CEOs of PSA and FCA, respectively, said at the press conference to present the merger that when the integration of both groups is completed, the annual synergies will be 3,700 million. The cost to reach that cost savings will involve the payment of 2.8 billion.
Spain
Our country produces one million vehicles of the 8.7 million of the new group
What from the business point of view is seen as cost savings, from the point of view of the template is perceived as a cost cut; and the most important fixed expense is always the workforce, which in the new resulting group would be 400,000 workers globally.
However, and despite the fact that in Spain there is no decision center for the new company, the most worried about a possible job cut are the Italians. The resulting new consortium will have 44 productive factories in Europe: 21 brings Grupo PSA and 23 has FCA. Of the latter, 16 are in Italy.

Mike Manley himself said a few months ago that he was worried about the low production “especially of the European factories of the group”. The total capacity of its Italian centers amounts to 1.5 million vehicles and half are currently produced.

With respect to Spain, the three productive factories are provided by the PSA Group: one Vigo, another in Figueruelas (Zaragoza) and another in Villaverde (Madrid). It would be necessary to add a small factory to the north of Portugal, in Mangualde, which depends on PSA Vigo; while FCA Group does not have a production center and has facilities at its headquarters in Alcalá de Henares. For now, both Spanish subsidiaries of the two groups will continue to operate independently.

But the position of the Spanish factories is far from that of the Italian ones. They have just suffered the integration of the Opel Figueruelas factory within the PSA structure in Spain after the purchase of the German brand from General Motors in 2017. Carlos Tavares visited the Zaragoza factory – today PSA Figueruelas – to warn workers that or they lowered the cost per vehicle to the one that had the factory of PSA Vigo or there would be layoffs and even closing of the factory.

After some initial reluctance of the unions, and after verifying that the maximum president was serious, the workers of PSA Figueruelas signed a collective agreement down which favors the departure of the most veteran employees with the contract of relief to lower Template costs.

In addition, Tavares whenever he goes to Spain warns. “The three Spanish plants are progressing in the same plan in terms of cost reduction. In Zaragoza I have to congratulate the workers because they are progressing towards the profitability values ​​we want. Mangualde is more efficient and the Kenitra plant in Morocco it is even more so. The factories of Vigo, Madrid and Zaragoza should not be afraid of Mangualde (Portugal), but of Morocco, but what our workers have to do is copy and paste Mangualde’s best practices. ”

Within the structure of PSA manufacturing in the Iberian Peninsula, in addition to Mangualde to Spain, the aforementioned Moroccan Kenitra plant, whose labor costs are lower, would be attached.

In spite of the sword of Damocles of Morocco, the three Spanish centers of Vigo and Figueruelas are at the maximum or they will reach the maximum of their productive capacity in 2020. The worst situation is the center of Villaverde, which operates at 40% and it goes through a temporary employment regulation (ERTE) file until the end of 2020.

Tavares has not only been the ogre of cost reduction. In fulfilling Spanish workers, Grupo PSA has awarded three electric models to national factories. The first two go into production in the first half of 2020, the Opel Corsa e in Zaragoza and the Peugeot e 2008 for Vigo. A priori, PSA Villaverde would receive at the end of 2020 the new Citroën C4 with a 100% electric version as well; unless the product strategy is redesigned after the merger with FCA.

In addition, PSA Vigo and PSA Figueruelas have already integrated into their lines the new platforms of the French group that allow to make the same model in the same line in the variants of gasoline, diesel, hybrid, plug-in hybrid or 100% electric, which gives them an advantage competitive

FCA has no electric model in those market segments. He plans to launch the Fiat 500e next year, made in Italy and will also have a 100% electric variant the Panda. These two models are from the urban segment, models that Grupo PSA manufactured together with Mitsubishi (Peugeot 107 and Citroën C1) and announced that it would stop doing, so that neither the 500e nor the ePanda would be competition for the Spanish factories.

In addition, PSA Vigo will also manufacture the 100% electric versions of the Peugeot Partner, Citroën Berlingo, Opel / Vauxhall Combo and Toyota Proace City vans. In this segment, FCA has the Fiat Dobló, which it assembles in Bursa (Turkey), where production costs are lower. The Dobló does not currently have a 100% electric version, nor does the Turkish plant have infrastructure to assemble batteries, as Vigo does.