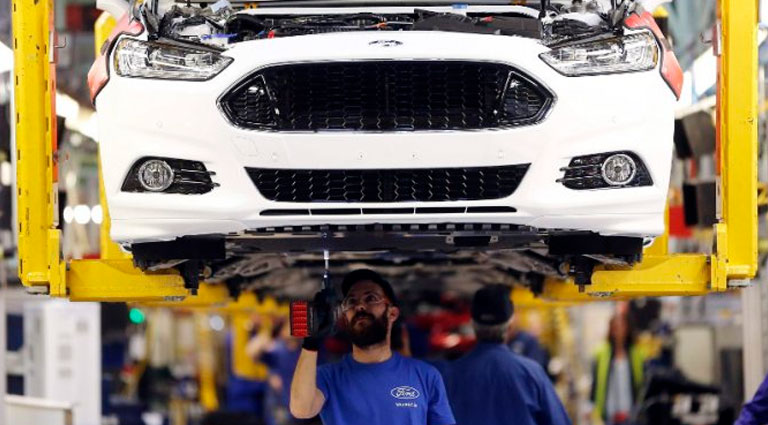 As detailed in the Annual Report of the Spanish Association of Automobile and Trucks Manufacturers (Anfac), the total number of models manufactured in Spain -43- has not varied from 2015 to 2016.

In particular, the plants that produced the most models are the French group PSA (Citroën, Peugeot and DS) in Vigo and the US company Ford in Almussafes (Valencia), which produced seven different models of their brands last year, with Three world exclusive, respectively.

It follows, by number of models, the center of General Motors (Opel) in Figueruelas (Zaragoza), where the US manufacturer produced six models, two of them worldwide.

By segments, the one of cars is the one that more “exclusive” accumulates world, since of the lines of production that the manufacturers have in operation in Spain left last year 15 models that only are manufactured in the country.

If it is detailed by trademarks and exclusively, the Class V and Seat in Martorell (Barcelona), the Ibiza in its 3-door, 5-door and Familiar versions and the GNC version of the León (from the Mercedes factory in Vitoria) In its SC, 5-door, ST and X-Perience versions). Also in Martorell, Audi exclusively produced Q3 and RSQ3.

Citroën manufactured the C4 Picasso 5 in Vigo and the C4 Cactus in Madrid in exclusive worldwide, as well as Opel in Figueruelas, where it produced the GLP versions of the Meriva and Corsa.

In addition, the Ford plant in Almussafes is the only one that produced Tourneo Connect, S-Max and Galaxy.

The French Renault produced the Mégane (Coupé, RS, Saloon and Family) in Palencia as a world exclusive of “high-end Renault”, a series that stopped producing in July last year.

At its Palencia plant, Renault exclusively assembled – less for China – the Kadjar model, while in its center of Valladolid produced the electric quadrilike Twizy and the Captur.