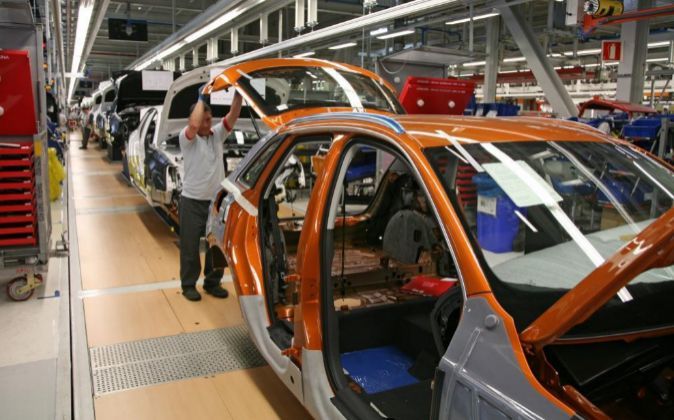 OICA President Matthias Wissmann stressed that in 2017 the forecast of vehicle production will increase, reaching 96 million units in 2017, which will mean a rise of between 2% and 3%.

Spain repeated last year as the world’s eighth-largest vehicle manufacturer, with a volume of 2.88 million units, up 5.6% compared to 2015 and in line with the 3 Million Plan it is carrying Out the Spanish Association of Manufacturers of Automobiles and Trucks (Anfac).

According to data published by the International Motor Vehicle Manufacturers International Motor Show in Geneva, Spain repeated in the eighth place in the world ranking of vehicle manufacturing compared to 2015, year in which it ascended a position, entering the ‘Top 10’.

The Spanish factories closed last year with a volume of 2.35 million units of passenger and car production, which represents a progression of 6.33% when compared to 2015, while the production of commercial vehicles in Spain Increased by 3.4% to 531,805 units.

The ranking of the world’s leading automobile manufacturers was led by China for another year, leading the world ranking since 2009. In the Asian country, a total of 28.1 million vehicles were assembled in the whole of last year. Translates into an increase of 14.5%.

The podium of the largest car manufacturers in 2016 was completed by the United States, with 12.1 million units, 0.8% more, and Japan, which occupied the third position, with a total of 9.2 million vehicles manufactured , Which represents a decrease of 0.8%.

Vehicle manufacturers reached a total production volume of 94.97 million units during the last year, which translates into a progression of 4.5% compared to the 90.7 million units assembled at the end of last year.

In 2016 a total of 72.1 million cars were manufactured worldwide, 5.2% more than in the previous year, while the volume of commercial vehicles produced was 22.8 million units, with a progression Of 1.7%.

OICA President Matthias Wissmann stressed that for the current year the forecast is that global vehicle production volumes will increase, although at a lower pace than in previous years, reaching 96 million units by 2017, which Will mean an increase of between 2% and 3%.

Spain, in position 15 in sales

By sales, Spain ranks 15th with 1,347,344 units registered. China is the leader with 28.03 million vehicles, second is the United States, with 17.87 million, and completing the podium, Japan, with 4.97 million. Germany is the first European country that appears in this classification, occupying the fourth place, with 3.71 million. In 2015, Spain was 14th, being surpassed in the last course by Iran, that has enrolled 1,448,500 units. Our country occupied the eleventh position in 2007, with 1,939,298 units registered.