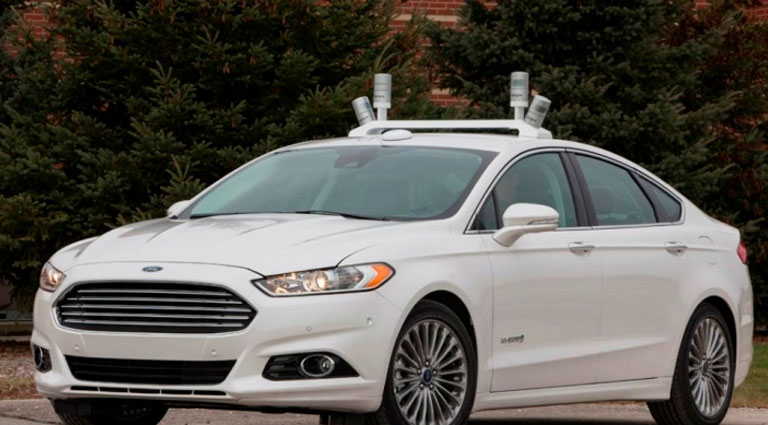 Sensors, the ‘sherpas’ of the autonomous car

In pirate stories, the map was the key to the adventure. The X always marked the place to get there. However, these maps eventually became out of date and no longer take the treasure, plunging their owners into confusion. The mapping that drivers follow today is digital, through applications on smartphones or browsers included in vehicle screens that try to provide the most accurate and updated information possible, sometimes even in real time.

In this business, Google is the king. More than a billion people use the Google Maps application on their mobile phones every day and thanks to their suggested routes, are able to determine the shortest or fastest way to reach the desired point depending on traffic or other circumstances of the highway. Your Street View brings real images of the streets and shops, useful to specify the location of the destination.

However, this business of guiding the cars to their objectives will grow exponentially thanks to the autonomous vehicle. The driverless cars will need reliable and accurate information to take their occupants to the selected address safely and effectively. Investment banks Goldman Sachs and Morgan Stanley have estimated, according to The Economist in a recent article, that the value of this market will multiply by more than eleven in 30 years. It will move from about $ 2.2 billion in 2020 – when autonomous vehicles are expected to start operating on the roads of the US, China or Europe – to more than 24.5 billion in 2050, when they are the reality of all days.

Information of the environment

However, the key to the future is not on the map itself, as it is for the pirates. “Developing them is not the business,” says Ricardo Conesa, director of the Automobile and E-Business program at Instituto de Empresa (IE). “The decision in a stand-alone vehicle on which path to take is not going to take a GPS or a static map.The choice is to be taken depending on what the sensors that the car will have installed and that will capture the information of the environment” , Explains Enrique Dans, professor of Information Systems at IE Business School.

A shield of dozens of video cameras, laser scanners and radars protects autonomous vehicles, creating different layers of security and capturing data that will allow the vehicle’s software to make the decisions of movement. The accuracy of these devices is so key that Tesla broke with its supplier, Mobileye, after the first fatal accident suffered one of its autopilot vehicles a year ago. “The more accurate the data collection and more devices emit, the more secure and accurate the driving will be,” admits Dans.

In this sense, Conesa understands that there are two phases of digitization in the cartography. In the short and medium term, “the most meaningful model is Waze,” an application that Google bought and enriches traffic information with the experience of users who are using them at that time. In this way, it is able to offer all kinds of alerts (from police, accidents or works on the road) as well as accurately calculate how long the jam will last and look for alternative ways to avoid it. The second path of development will be the “communication of vehicle sensors with infrastructures and other vehicles”, emphasizes Conesa, an aspect in which “already work as Audi,” says Dans. Audi leads, together with Porsche, the autonomous driving project for the German group Volkswagen.

The German company acquired the maps of Nokia, Here for 2.8 billion euros in conjunction with BMW and Daimler, the last major operation, according to Dans, in the pure terrain of cartography. “From here, everything is a dance of alliances between manufacturers, technology and suppliers to have the best sensors and software to read the data,” he says.

According to Frans de Rooij, director of product management for the TomTom Automotive division, one of the leaders in navigation devices in the world, the key is “high definition”. “In our company, we have already mapped in high definition all motorways in the US and Europe because it will be where vehicles first drive with driving assistance,” he says. To these extremely accurate maps are added “real-time data, which devices send to the cloud and are distributed back to vehicles to update the information.”