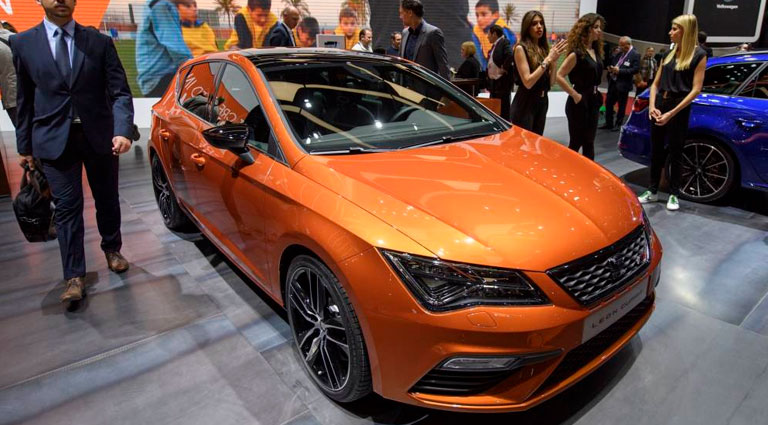 The car company Seat is working on the launch of a Cupra division (acronym for Cup Racing). The multinational, a subsidiary of the German giant Volkswagen, has avoided confirming the news but sources in the sector close to the company have advanced it to ‘El Confidencial’. It would try to relaunch Cupra as a differentiated brand of Seat with a plus of added value, design, sportiness and power.

Seat already registered last May a series of designs in the World Intellectual Property Office that refer to a new design for the CUPRA logo, laying the foundations for the development of the new subsidiary. At that time, the brand argued that “its corporate identity is evolving and that, as a common procedure in industrial activity, the company registers ownership of many different patents, logos and designs” without ever clarifying or denying any progress in the development of The division for the most powerful cars of the brand.

However the new president of Seat, Luca de Meo had already followed in Fiat a similar strategy. In his stage as vice president of marketing for the Fiat Group, he led a project with similar characteristics with which he was able to relaunch the new Abarth thus opening a new market for Fiat that allows to sell vehicles with more added value and, therefore, More expensive models. El Confidencial ‘has contacted Seat, who has decided not to make any statements about it.

At this time have Cupra the Lion, the Ateca and is also planned to have it Arona, the new all road, little brother of the Ateca. The plans to relaunch Cupra as a differentiated brand are also increasing sales of these versions, which for now have little weight in the set of Seat, 410,200 vehicles per year.

At present, sales of the Cupra models exceed 12,000 units per year, thus reaching 3% of the total for the company. In some markets such as German, the main one for Seat and where Cupra has a great acceptance, the commercial vehicles of Cupra account for 11% of the total figure of the León model, for example and these are good results that have encouraged De Meo Has to go ahead with its plans to relaunch Cupra and turn it into a new subsidiary of Seat.

Seat’s new business strategy seeks to turn the division into a successful business model where the Cupra spirit goes beyond the sphere of the car itself, creating a line of own merchandising and launching specific activities for the brand, which Seeks to win a young, dynamic and valued sportsmanship and high performance models.

The price difference between Fiat 500 and an Arbath 500 is about 3,000 euros in favor of the prestigious brand for equivalent models

This strategy would allow to sell the Cupra more expensive than the Seat. As a reference example, the price difference between Fiat 500 and an Arbath 500 is around 3,000 euros in favor of the prestigious brand for equivalent models.

More than 20 years have passed since the birth of the Cupra family, when the first Seat Ibiza Cupra won the World Rally Championship. The launch of that Cupra was the beginning of a line of sports cars very linked the world of the competition and that over the years has evolved and grown, thus expanding the business for the Spanish manufacturer.

Seat has since maintained the Cupra line as a stronghold for a very specific driver profile that has valued the power and performance that these models offered in the market.