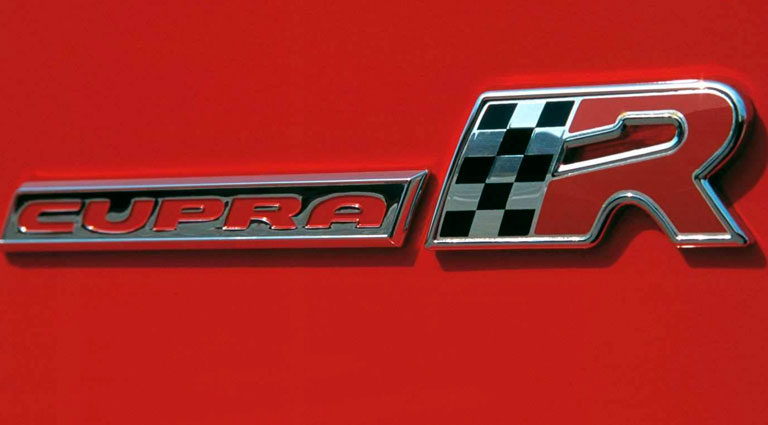 Seat will create CUPRA as an independent brand

The Martorell brand is committed to a new division with its own entity for its high performance models.

Seat will announce an important step forward in its history. The brand that presides over Luca De Meo addresses an interesting future. The arrival of new silhouettes and new segments to the range, started with the Seat Ateca and which continues with the Seat Arona (will be presented in two weeks at the Frankfurt Motor Show), will be completed from now with the introduction of the division CUPRA.

To date, the CUPRA were one more version, a range, of the most emblematic models of the brand such as the León and Ibiza, but now the essence of the acronym ‘Cup-Racing’ takes its own body, and like the renowned general brands have their sporting division, Seat will have CUPRA as a differentiating element.

The news, which El Periódico de Catalunya and Motor Zeta had access weeks before the celebration of the international show Automobile Barcelona but preferred not to publish because of the desire of the brand, will now take a definitive body. It is not surprising, then, that in the presentation of the new Seat Ibiza the own Luca De Meo announced that there would not exist a version CUPRA. Logically, the label was reserved for the future models of the new Seat Submark.

Gradually small additional tracks were skipping, the most juicy being the decoration of the stand of the last international car show in Geneva (in March) where the CUPRA range occupied more than half the space allocated to the brand. In May they registered the logo and the name in the world patent office. It was only a matter of time before the dream came true.

OF MEO AND ABARTH

CUPRA will officially become a division in charge of getting the best of the sport essence of Seat, in the purest Abarth style. They will not be simple creators of versions, they will be craftsmen (if given the opportune budget) of true models of court more sport, of high benefits and more powerful. Let us not forget that Luca De Meo himself was one of the drivers of Abarth in 2004 in full launching phase as a brand within the Fiat group (along with Alfa Romeo, Fiat and Lancia at the time). From that time surely he wanted to repeat the experience, and the arrival at Seat has been put on tray.

Fiat has the famous scorpion Abarth, Mercedes-Benz has AMG (Aufrecht, Melcher, Grossaspach, which responds to the names of its founders (the first two) and the town where they started (near Stuttgart)), Audi has Audi Sport GmbH (formerly Quattro GmbH, Gesellschaft mit beschränkter Haftung) which responds to the RS models of the brand, the most sporty, and BMW has the BMW M (high performance) division. The last case of ‘independence’ we have it in DS, the brand that was associated with Citroën and now has luxury as its own brand within the PSA group. Now Seat can boast CUPRA.

The strength of CUPRA will have to look for it in the origins of the new era of Seat, when the brand entered again in the competition with the creation of Seat Sport. From all the wisdom of its managers, from Vicente Aguilera to Jaime Puig (current manager), passing by a team of mechanics full of passion and knowledge, and by Antonio Rodríguez (head of track of all the gear), the bowels of Seat Sport the first CUPRA was born. That’s 20 years ago.

In 1996 the Ibiza Cupra 2.0 150 CV was the base of the Ibiza Kit Car with which the brand achieved the first World Championship of Rallies FIA 2 Liters. From there the work of Seat Sport, often in the shade, has been gaining prestige.

The work of these professionals has even led them to be the creators of some of the sports creations of the Volkswagen group (such as their rallies bet with the Polo GTi, or some important work in the development of the Dakar models). The division of Seat Sport has participated as a team in several competitions and, lately, was dedicated to providing racing cars to its customers for the Lion Eurocup and other competitions. Now, with the assignment of the own brand seal, the work of that great team of professionals is legitimized more than ever.

Sportfully the CUPRA have achieved excellent results. Outstanding at the Nürburgring. In October 2014, the Lion Cupra Performance Pack set the record for a production car with front-wheel drive in a time of 7 minutes, 58 seconds and 44 tenths. And in May 2015, the Lion Cupra ST managed to get the fastest time down also from the 8 minutes. With such results, it is not surprising that, according to Jaime Puig, “sometimes we have waited to have the CUPRA first and then the competition car, not the other way around.”

In these 20 years of experience Seat has developed 15 CUPRA versions with bodywork from Ibiza, Cordoba and León. In all of them we find the same characteristics: “a high-end car, sporty, very cared for inside, a car to enjoy it to the fullest,” said CUPRA’s 20th anniversary celebration Jaime Puig. The latest jewel is the CUPRA Leon 300 hp, the most powerful model in the history of the Seat range. The new Ateca and Arona could soon have their own CUPRA. The sales figures of the CUPRA versions do not reach 15,000 units and the brand of Luca De Meo wants to start to monetize this segment that they consider of vital importance. Not just image level.

The CUPRA bet has manifested itself in many Seat models. The brand featured a Seat Toledo Concept CUPRA in 1999, the first Seat Leon CUPRA R was unveiled as a prototype in the Barcelona Salon of 2001, and two years later Walter De Silva taught the Seat CUPRA GT Concept also as a star in Barcelona. This model was born from the collaboration of Seat Sport and the design center of Seat that was then in Sitges (before grouping the design in the technical center of Martorell).