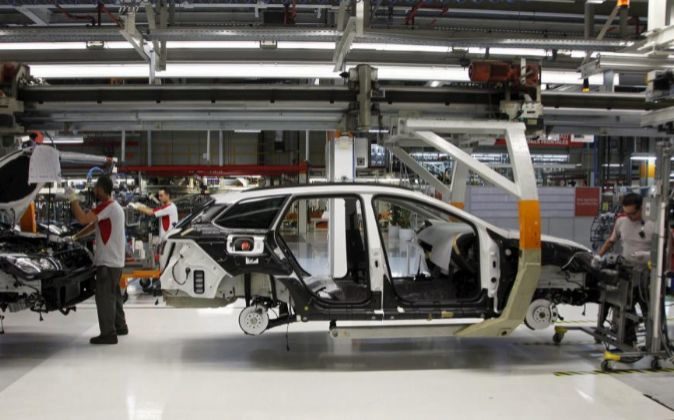 The company faces the challenge of adapting to the European Union’s increasingly stringent emission reduction regulations over the next four years, which will require it to spend more than 1 billion dollars to acquire and develop new technologies.

Holger Kintscher, the automotive’s vice president of finance, has detailed in an interview that investments in these new technologies – such as electrification, hybrids and improved diesel and gasoline – will reach “three digits in millions of euros” to 2020, mainly to acquire innovations developed by the Volkswagen Group.

“It is a challenge, but we have to face it and solve it,” he has argued, and has been convinced that Seat Will be able to do so.

He pointed out that the German consortium will make the main investments and developments of these new technologies, but Seat has to be able to finance it: “It’s a fair deal, if Volkswagen develops it, we pay for it, it’s not a gift.”

Positive evolution
Kintscher has been Vice President of Finance for six years, when Martorell’s company went through a deep crisis, with losses reaching almost 150 million in 2013 and falling to more than half the following year to a profit Of six million euros in 2015 and a record 903 million last year – taking into account that 671 million capital gains are included in the sale of the subsidiary VW Finance to Volkswagen AG.

The manager has admitted that the general mood in Seat six years ago was very negative: “You could have the idea that everyone was depressed, that nobody thought about Seat’s future”, until in 2012 the current generation came to market Of the Lion, which has been a success that helped to turn the situation around.

“There was a complete movement in the company as a whole, it was a great success, and everybody changed their attitude and paddled in the same direction,” he added, noting that there was a great improvement in processes and reduction of Costs.
“Although the figures were still red, we saw the light at the end of the tunnel,” he said, adding that cost cutting and increased sales and margins have been the key to the improvement, with the most positive results History of the company in 2016.

After the new Leon, which brought the turning point, Kintscher has highlighted the great step that has been the launch of the Ateca, Seat’s first SUV, in the market since summer of last year: “It has been very well received in all I would never have imagined such long waiting times for a Seat as we have with the Ateca. “

He has ensured that both the Ateca and Arona – his younger brother, to be launched during the second half of this year – and the biggest SUV that was announced this week will help maintain the “sustainable profitability” of the brand.
He said that the new todocamino, which will be manufactured in Germany, will attract a new type of customer for Seat, with greater purchasing power, which will lead to an increase in margins.