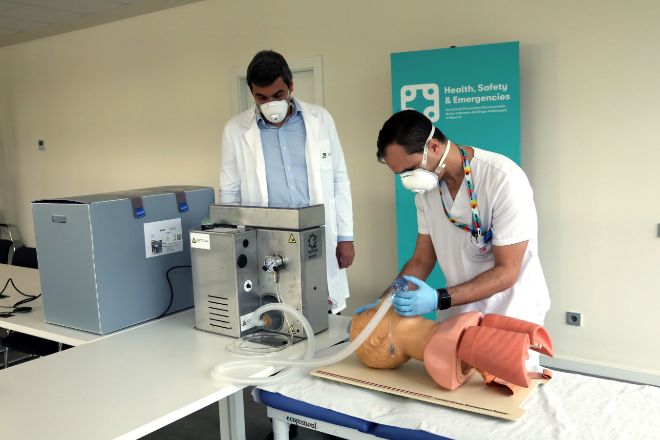 Seat agrees with the unions three phases to reactivate its activity, but does not set a date

Seat management has agreed with the inter-center committee on occupational health a three-phase contingency plan to recover activity, especially vehicle manufacturing in Martorell (Barcelona). At the moment there is no official date to return to producing vehicles, but everything points to the end of this month, towards April 27, as the first possible date. In any case, reopening before is ruled out.

Next week there will be new negotiations and if a definitive agreement is reached, UGT and CCOO will withdraw the complaint that they had filed against Seat for having sent the staff a protocol of action without having consulted with the unions.

Currently, the Spanish subsidiary of Volkswagen (VW) is applying a temporary employment regulation file (ERTE) of force majeure for 14,700 workers and, in fact, its main activity right now is the manufacture of respirators, to which it has assigned some 150 employees.

According to the aforementioned protocol, in the first phase, those over 60 years of age, pregnant women and people with chronic heart and lung diseases, cancer and diabetes will be exempt from working. In addition, teleworking will be used in positions where it is feasible.

Production will be limited to one third of the morning shift for each line, for a total of 271 vehicles per day on the three lines. It is estimated that at this first moment some 2,500 people could start working. Average production per day at Seat, under normal conditions, exceeds 2,000 units.

In a second moment, production will rise to 640 cars per day or the equivalent of a third of two shifts. 100% will be reached in the third stage. “At least we will need two or three months to recover normality, but that has to do with it,” the president of the works committee, Matías Carnero (UGT), explained to EXPANSIÓN.

Seat sources have assured that the production forecasts are not closed and could be adjusted up or down, something that will depend on whether the alarm is extended and the rate at which its suppliers resume their activity. In any case, they have insisted on the gradual return to normality.

Among the protection measures that have been agreed, are the delivery of one or two masks per day to each employee and the establishment of a safety distance of two meters. The latter will imply, for example, that the buses – a contract operated by Julià – will not be able to go more than 50%, and that the entry and exit flows and the rise and fall of the facilities will be indicated to prevent personnel from crossing.

There are other actions such as the closure of the dining room until the third phase, although it will work at half gas (cutlery and bagged bread and closure of possible sources of contagion, such as coffee and ice machines and salad buffets).

To all this are added hygiene, cleaning and disinfection measures for tools, common areas and in the movement of vehicles, for example.