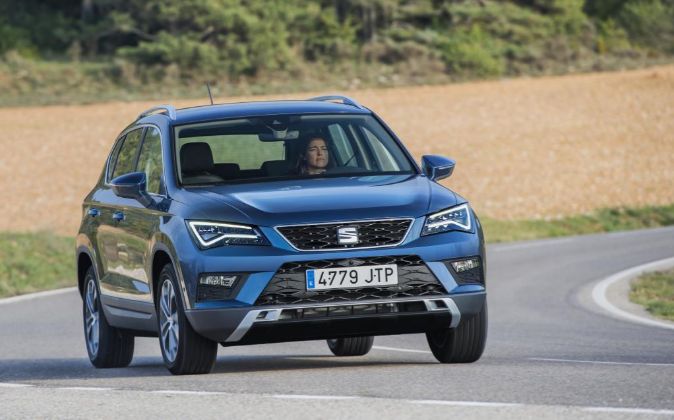 Automotive News
The automaker is analyzing two types of new markets: mature ones and developed ones, and more emerging ones, such as Iran, where the company also intends to enter.
Seat is finalizing its landing in New Zealand, where it plans to start selling its models “soon”, and is also studying to enter Norway and Argentina, among other Latin American countries, as part of its international expansion strategy, explained Seat’s executive vice president of commercial, Wayne Griffiths.
Griffiths has stated that Seat needs to diversify its markets because it can not depend on 80% of Europe and also needs to expand to strengthen the brand globally: “If you want to be a strong brand, you have to be known internationally and not be Only a local or regional brand “.
SEAT is analyzing two types of new markets: mature and developed ones, such as New Zealand and Norway, and others more emerging, as is the case of Iran, where the company also intends to enter.
The automobile has set three main axes to grow: gain weight in European countries where it already has presence, grow in North Africa and also in Latin America, taking into account the success that Seat has in Mexico.
In countries where it starts from zero, it wants to take advantage of the implementation of “less traditional” distribution systems, more digital, with the aim of reducing structural costs, and the range of models will be decided according to the most dominant segments in each market.
In spite of wanting to enter new countries, Seat believes that it has a greater potential of growth gaining ground in existing markets, especially in Europe and especially in Germany, France and Italy, which it hopes to obtain thanks to the new models, the Ateca and Arona, as they are part of the fastest growing segments in Europe, urban SUVs.
Griffiths has indicated that the intention is to obtain at least a market share of 5% in each segment, since this percentage supposes a relevant volume of sales. M
Ateca
The Commercial Vice President of Seat has admitted that they are surprised by the high demand of the Ateca, the brand’s first SUV, and has said that production will have to increase to reduce delivery times, but has ensured that the current average of four months Of waiting is correct “for a car of this segment so desired”.
“As for long-term planning, we do have to react to the highest demand for the Ateca, we are already talking about this and in the years to come we will already react in capacity,” he said.
When asked whether the Skoda plant in Czech Republic – where the Ateca is made – has enough capacity to increase the units of this model, Griffiths has said that “partly yes”, although he has not detailed if it would be possible To assemble part of this production in another factory like Seat in Martorell as the unions of the Catalan plant ask.
POR EP – 03/12/2017 (Translation Soft)