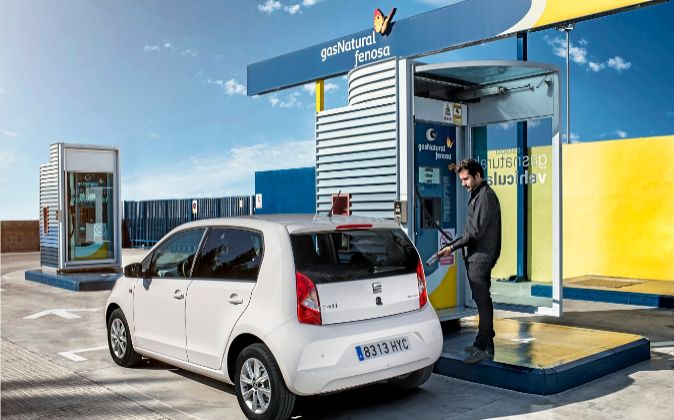 Both companies have signed an agreement that reinforces the collaboration they already started in 2013.

Seat and Gas Natural Fenosa have allied to extend the use of natural gas (NGV) as an alternative fuel in private and public transport in Spain, with initiatives such as joint offers for individuals and self-employed and innovation projects.

Seat President Luca de Meo and Gas Natural Fenosa, Isidro Fainé, signed a strategic agreement Tuesday that reinforces the collaboration already initiated by the two companies in this area in 2013.

In a statement, the two companies say the alliance will allow them to “lead” in the long term the growth and positioning of CNG as fuel.

In order to meet this objective, they will promote measures to introduce and market gas in three main areas: the official concessionaires of Seat, the self-employed group and individuals.

The concessionaires will carry out training programs for employees, while the self-employed will have a joint commercial offer, which will include benefits in cars and fuel.

As for individuals, both companies will work on a domestic charge program for natural gas, promoted in collaboration with the administration.

In addition, aid will be approved for the investigation of new efficient fuels, such as biogas.

The strategic agreement also foresees a greater implementation of gas vehicles and the promotion of compressed natural gas (CNG) in the public service area.