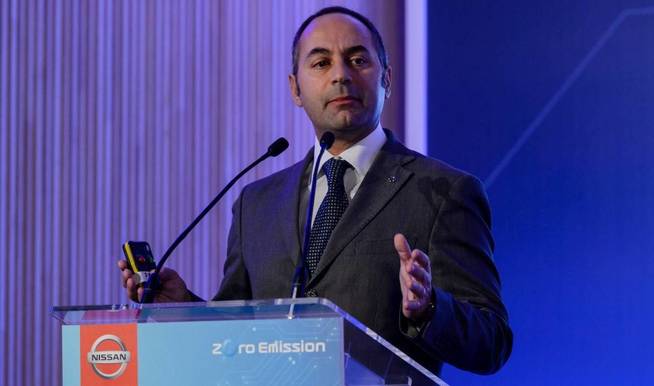 Seat against Nissan: the mourning of the todocaminos will be in Spain

Between January and February of 2017 Nissan sold in Spain 4,500 cars of Qashqai. In those same two months in the Spanish market, Seat came to market 2,500 Atecas.

The mourning of the todocaminos, those cars that appear todoterrenos but are driven by city, will be in Spain and with two protagonists of exception: Seat against Nissan. The role of the aspirant is interpreted by the Spanish subsidiary of Volkswagen (VW), who aspires to a piece of the cake that for the most part has eaten Nissan. Not surprisingly, its new releases: the Ateca and the Arona are direct competitors of two of the star models of the Japanese giant: the Juke but, above all, the Qashqai, whose new third generation has appeared this week in Geneva.

Nissan has been in the SUV segment for ten years. They were the pioneers in Spain. The CEO of Nissan Motor Iberian, Marco Toro, acknowledges the challenge but says that “the competition is always welcome. However, we will continue to lead the segment because we arrived before and because we have been renewing our range. It was not the first time. It already happened with the Kia Sportage or with the Ford Kuga, for example, and Nissan has continued to order. ”

Toro points out that Nissan sells 25,000 Qasquai a year in Spain. That implies a market share of 14%. At Nissan, moreover, they like to talk about the “crossover” category, which allows them to include the X-Trail model, totaling 43,000 units altogether, along with the Qashqai and also the Juke. But for the X-Trail, Seat lacks an equivalent model.

Nissan Advantage
That comparable period are the first two months of the current year and the models, the Ateca against the Qashqai. Thus, between January and February of 2017 Nissan sold in Spain 4,500 cars of Qashqai. In those same two months in the Spanish market, Seat traded 2,500 Atecas, slightly less than half that of its competitor and neighbor, since both groups are based in Catalonia.
For Nissan the advantage lies in having arrived before, while the Spanish subsidiary of VW prefers the sense of opportunity, the right moment
Qashqai sales are expected to soar during the second part of the year, when the new model introduced yesterday in Geneva comes to market, which always provides a pull to the brands. Toro has unveiled some of his strengths to remain a leader: “We want to put in a more ‘premium’ segment to stand out from competitors.”
For its part, the president of Seat, Luca de Meo, has relativized the criticisms that are made to the Spanish subsidiary of VW for being late to a business that in Europe already accounts for 20% of cars sold but in Spain 30%, which shows a real passion for this type of vehicles: “We think it is as important to arrive with the right product as to do it at the right time. When I see the demands of the Aztec I reaffirm myself in this impression. The SUV – urban vehicles for urban use – is a trend in Europe in the long term. With Arona, for example, we will be the first in the group, “said the president of the Spanish brand.

Seat aims to sell this 2017 a total of 75,000 Atecas worldwide. Of these, it is expected that 15,000 will be in Spain, according to forecasts of the VW brand with which, in principle will remain away from its main competitor, Nissan.

Most profitable models
The automotive groups have launched to manufacture todocaminos because they are much more profitable models for the giants of the sector. Each year more than 300,000 vehicles of this type are sold in the Spanish market, cars that leave much more margin than other more popular models. Seat earns a lot more money selling an Aztec than an Ibiza, for example. And one of the advantages of the small toddler Arona is that it will share the platform of the new Ibiza, the MQB-A0, which makes this new model more indirectly profitable to the historic Ibiza. So the battle between Nissan and Seat is not just for toddlers. It is, above all, by the margin.