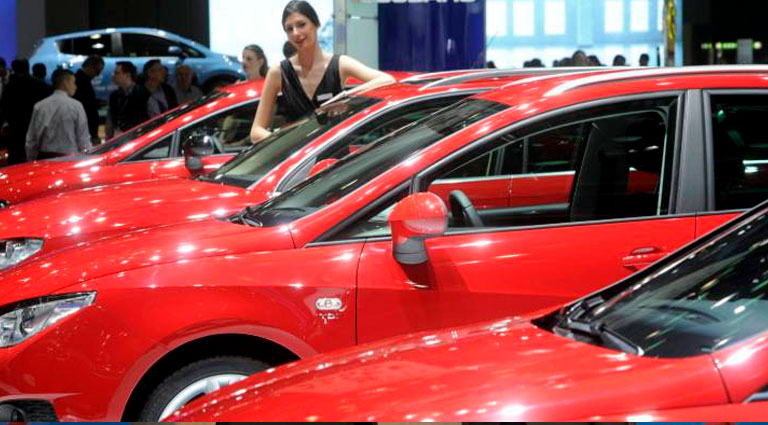 The manufacturer sells 246,500 units until June

The automobile company Seat has reached a commercial volume of 246,500 units worldwide, which is 13.7% compared to the same period last year and its best result since 2001, the company said in a statement.

According to the company itself, this growth has been thanks to the “excellent results” that have harvested in the main European countries, with double-digit increases in all of them.

Spain led the continent’s sales with 21.2% more cars sold, to 54,100 cars. In addition, Seat led the sales in the Spanish market with its Ibiza and León models.

As for the results in the sales channel to individuals, the brand has grown more than 43% in the first half of the year, with Ibiza, León and Ateca –SUV best sold in Spain to private customer in the First half – among the five most commercialized models.

Austria and Switzerland, with increases of 23.1% (9,500 units sold) and 52,3% (5,300 units sold) respectively, are the two other Western European markets that have contributed “very positively” to the commercial result of the Company in the first half of 2017.

In this first half of 2017, Seat renewed the León and introduced the fifth generation of the Ibiza, in addition to incorporating the FR finish in the Ateca. At the end of June also presented the Arona, its new ‘crossover’, which will be marketed in the last quarter of the year.

Already in 2018, the firm will complete its range SUV with a third vehicle of up to seven seats and that will be placed a segment above the Ateca.

“During the first half of 2017, we have achieved the highest sales in 16 years. We continue to grow to two digits and we have consolidated as one of the most advanced brands in Europe, our growth is based on solid results in most markets , Which begin to pick up the first results of the biggest offensive of new models that we launched in 2016, “said Seat commercial VP Wayne Griffiths.