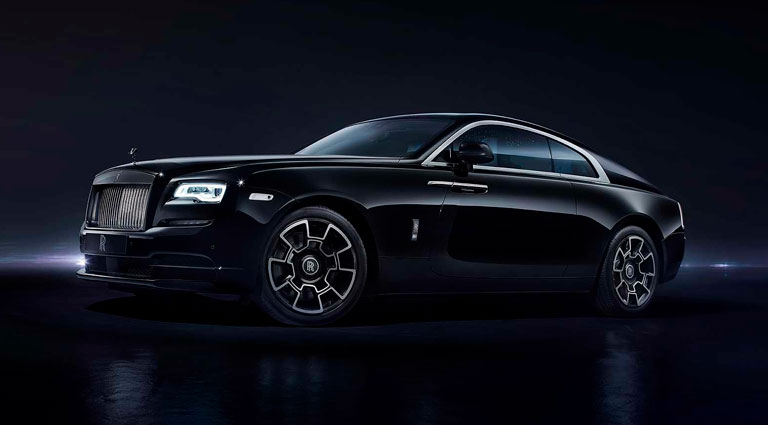 Renewed or die. Although in this case hardly a brand like Rolls-Royce can get to die, if it is true that it does not harm a renovation that brings you to a younger audience. Hence he has created a series that has called Black Badge with which to rejuvenate and approach this new audience.

Thus, since the introduction and success of the Ghost Black Badge and Wraith Black Badge it was known that the next to receive the Black Badge finish would be the Dawn convertible and here it is coinciding with the Goodwood Festival of Speed ​​of 2017.

Since its launch last year, the Black Badge versions are Rolls-Royce’s response to a small and select group of customers who expect an even more distinguished car, with specific characteristics and focused on reflecting their different way of facing life, their Success and the type of luxury they consume. These people choose to differentiate themselves from their wider social group: we speak of a subset within a subset.

For more than a century, these people, endowed with a dark and restless spirit, have been captivated by the unique appeal of Rolls-Royce. Visionaries such as Sir Malcolm Campbell, Howard Hughes and Muhammed Ali have shared the founding philosophy of the brand, a radical rejection of the status quo and a constant desire to innovate, create and advance.

Undoubtedly, the Black Badge amplifies the inherent characteristics that have led so many luxury fans to become passionate about this brand.

While the Rolls-Royce Dawn was already a step forward in the rejuvenation of the brand, the Dawn Black Badge stands out for a new sensual and darker dimension through all sorts of inimitable details.

The Dawn Black Badge of the Festival of Speed ​​comes in a deep black tone after a painting process that has included multiple layers of paint and lacquer by hand. In addition, the roof, which opens in a “silent ballet” to not interrupt the sounds of the night, is also available on black canvas, while the back section is finished in black leather.

But not only the exterior or interior painting have received special attention. Also the Spirit of Ecstasy – an emblem in itself that has taken various forms throughout the history of the brand – is transformed into a dazzling feminine sculpture with a perfect black chrome. This step to a darker aesthetic extends to some chrome surfaces, such as the frame of the front grille, the trim of the trunk, the fence of the lower air intakes or the exhaust pipes. To conclude, the Rolls – Royce emblems of the double R have the color reversed, which confirms the true alter ego of the brand.

The details in orange give a touch daring and younger

As for the interior and as a reflection of the brand’s Bespoke philosophy, the Dawn Black Badge also exhibits a new interpretation with a bold blend of black leather mixed with touches of tangerine color, including the orange line that frames the passenger compartment at mid-height.

Again, as a nod to one of Rolls – Royce ‘s great pioneers, Sir Malcolm Campbell, a special touch completes the interior rear. His famous embroidered “Infinity” logo in the center section between the front seats is a subtle allusion to a man who undoubtedly possessed the bold spirit that so well defines the Black Badge attitude.

Like the Ghost and Wraith Black Badge, the new Dawn gets small mechanical modifications, which distinguish it from the rest of its range, like a totally new exhaust system, which, when pressed by pressing the “low” button, celebrates the Emblematic Roll-Royce V12 engine with a low-baritone roar, announcing its arrival with more authority than hysteria.

In addition, engineers have exploited the flexibility of the magnificent 6.6-liter V12 biturbo engine to generate 30 horsepower and 20Nm more than the already negligible 563 hp to deliver a total power of 593 hp and 840Nm.

The fundamental changes in transmission and accelerator give the Dawn an improved sense of urgency without undermining its status as the most luxurious convertible tourism in the world. Indeed, the transmission, the 8-speed ZF gearbox and the steering rack are so intuitive that together they achieve a more dynamic handling based on the use of the accelerator and steering. The result is a majestic experience on the road at low speed and a very grateful handling when the driver wants to get the maximum performance. Major changes in suspension and component configuration also ensure the right balance between Rolls-Royce comfort and driver’s attention, which are felt by taking the curves with greater stability at high speeds.

The increased speed of the Dawn Black Badge has led to the development of new brakes with a one-inch diameter increase. By reducing the speed, a key reassignment of the transmission strategy causes a few revolutions per minute to slow down during braking, applying the engine brake when driving more joyfully. The steering rack has also been accelerated and designed for greater responsiveness. The speed-dependent settings also serve to embolden Black Badge drivers, who will enjoy greater feel and sense of safety by increasing steering weight at high speeds. The Dawn Black Badge is now available on request.