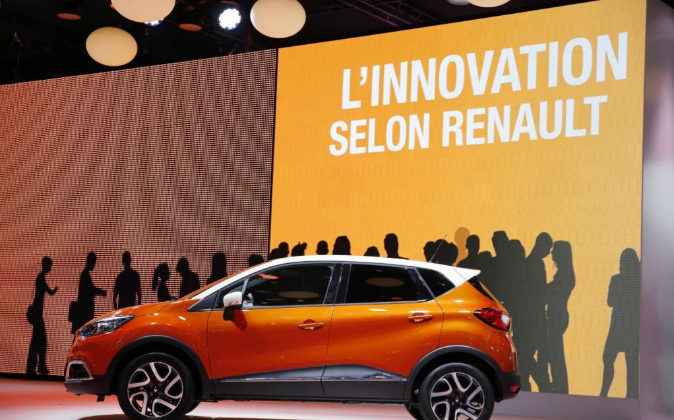 He invoiced 13,129 million in the first quarter explained by the rise in car sales and also by the integration of the Russian subsidiary Avtovaz in its accounts.

The Renault automotive group accounted for € 13,129 million in the first quarter, an increase of 25.2% compared to the same period in 2016 as explained by the increase in car sales and also by the integration of the Russian subsidiary Avtovaz in its Accounts.

Excluding Avtovaz’s contribution (which was not incorporated a year earlier), turnover would have grown 19.7%, Renault said in a statement today.

The increase in volumes of vehicles sold represented 9.2 percentage points in that progression, and this had to do, especially, with the increase of 10% with 478,706 units in Europe.

Outside the Old Continent, the French manufacturer experienced a 19% increase in registrations in Latin America, thanks in particular to the 87.2% increase in Argentina, a market that rose by 42.8%.

In Brazil, registrations fell by 1.2%, but taking into account the overall downward trend in that country, Renault’s market share remained stable at 6.8%.

The sale of parts to other associated manufacturers in Iran or China, as well as the assembly of vehicles of other brands in its European plants (in the first quarter began the production of the Nissan Nicra) represented 3.5 percentage points of the increase of the volume of business.

The increase in the average price of their cars, in particular thanks to the launch of new models, meant 2.4 percentage points, and the positive impact of exchange rate variations (in particular the revaluation against the euro of the Russian and the Russian ruble Brazilian) represented 1.3 additional points.

The customer financing activity (the banking subsidiary) contributed 621 million euros of revenue between January and March, an increase of 13.5%.

Renault confirmed its objectives for the whole of 2017, which is to increase its turnover (beyond the impact of the integration of Avtovaz and constant exchange rate), increase the operating margin and generate a positive operating cash flow in the automotive business .