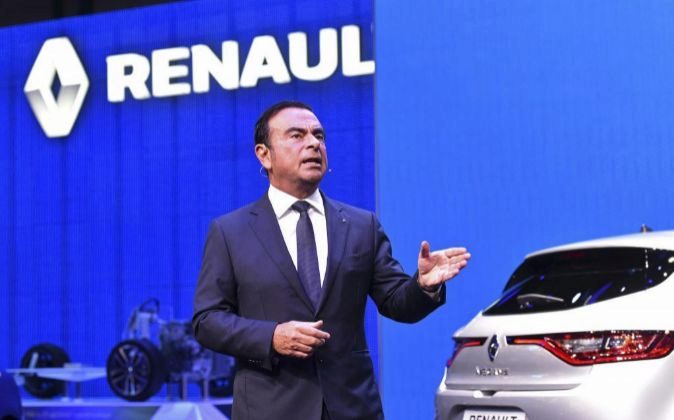 “Renault SAS mislead consumers about the controls carried out, and in particular on the regulatory control of the pollutant emissions,” French anti-fraud services claim.

Renault used “fraudulent strategies” for more than seven years to trick the pollution levels of its diesel engines, according to a report by the French anti-fraud service revealed today by the newspaper Libération.

“Renault SAS deceived consumers about the controls carried out, and in particular on the regulatory control of the pollutant emissions,” says the anti-fraud agency under the Ministry of Economy (DGCCRF) in a November 2016 document, which served to The opening of a judicial investigation in January.

The Paris Public Prosecutor’s Office announced on January 13 that three judges were to investigate whether Renault had deceived about the qualities of its engines in terms of pollution, and the controls that are subjected to the cars for their approval .

The research was based on this DGCCRF study, which analyzes the large differences between the NOx pollutant emissions of Renault vehicles in the homologation tests and in real conditions of use.

In the case of the Captur model, the difference found in nitrogen oxide (NOx) particles reached 377% and that of Clio IV at 305%.

“These results make it possible to suspect the installation of a fraudulent device that specifically modifies the engine’s function to reduce NOx emissions under the specific conditions of the type-approval test so that emissions comply with regulatory limits,” write the authors of the report.

In support of these suspicions, anti-fraud agents who searched Renault’s headquarters outside Paris and two research centers in January 2016 found e-mails that would come to confirm it.

“Libération” cited one of those emails, dated November 25, 2015, between the director of Legal Affairs of the company, the head of Communication and the person responsible for Institutional Relations, which concluded that the engine decontamination system “It’s dead very fast on the road, but it works during tests.”

According to the DGCCRF’s calculations, during the more than seven years in which this fraud system was in operation, the manufacturer sold about 900,000 vehicles that had been dubiously approved, representing a turnover of 16.8 billion euros.

If the infringement were legally established, the company could be fined 10% of its turnover, some 3.5 billion euros, the newspaper said.

Since the Volkswagen scandal erupted in September 2015 to distort pollutant emissions in its diesel engines in the US, Renault has insisted that it has respected technical and legal rules.

A few days after this case broke out, the French Government launched an independent technical commission that worked for months on a hundred models of marks marketed in France and concluded that it had not been able to detect fraud systems of this type, but neither Could exclude its existence.
The technicians pointed out that in the case of some cars, especially of Renault, the emission differential between the homologation tests and the operation in real conditions was inexplicably discordant.
Renault denies manipulation of its engines

Following the publication of this information, Renault reiterated that its cars are not equipped with trucking systems to defraud the level of pollutant emissions from its diesel engines and insisted that “none of its services has infringed the European or national rules concerning To the homologation “.

In a statement, the company came out on the heels of the revelations circulated by “Libération” about a report by the French anti-fraud services, which consider that Renault used “fraudulent strategies” for more than seven years to deceive the pollution levels of its diesel.

“The Renault Group has examined an unbalanced article appearing today in the national press regarding the ‘issues’ dossier,” he explained in relation to “Libération” information before adding that “he does not intend to comment on an ongoing instruction, confidential process By nature and to which the company does not have access “.
For this reason, he stated that “he can not confirm the veracity, completeness and reliability of the information contained in the article”.

Renault said it will justify that it has respected the regulations, but “will reserve its explanations to the magistrates who instruct the case”.

After insisting that their vehicles “are not equipped with fraud systems,” the company said that the investigation “poses questions of interpretation of the rules governing the type-approval of vehicles between European authorities and Member States”.

The Paris Public Prosecutor’s Office announced on January 13 that three instructing judges were going to investigate whether Renault had cheated on the contamination of its engines and the controls to which the cars are submitted for approval.

The surveys were based on a study of the anti-fraud body under the Ministry of the Economy (DGCCRF), which analyzes the large differences between the NOx pollutant emissions of Renault vehicles in the homologation tests and in real conditions of use.

In the case of Renault Captur, the difference found in nitrogen oxide (NOx) particles reached 377% and that of Clio IV at 305%.