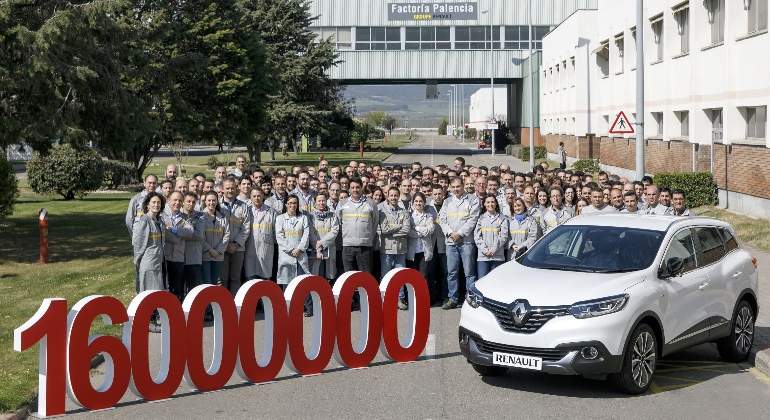 It is a white ‘Kadjar’, made in Palencia and bound for Japan.

Renault manufactured this Thursday the vehicle 16 million in Spain, event that has coincided to be a Kadjar produced in the factory of Palencia with destination for a client of Japan. According to company sources, this Kadjar marks a new milestone in Renault Spain, which last year increased its vehicle production by 20% and broke the production record of 2003, manufacturing 578,152 units.

The 16 million Renault España vehicle is a pearly white model, equipped with an H5F engine produced at the Motors Factory in Valladolid.

Kadjar, which is manufactured in the Palencia factory along with Mégane, “has had a great commercial reception since its launch, as demonstrated by the fact that the Renault Group has become the leader of the segment C monocabs thanks to this model” , They explain in the automobile company.

The director of the Factoría de Palencia, José Martín Vega, said yesterday in a statement “the daily effort of the entire staff and high levels of quality have made it possible for Renault Spain to again beat a new record.”

Meanwhile, light commercial vehicle registrations for the first quarter were revealed yesterday, which stood at 47,990 units, which represents an annual increase of 23.6%, according to the associations Anfac, Faconauto and Ganvam.